Mac entered this world as a twin on December 10, 1946, in Beaumont, Texas, to parents Mary Ruth Speed and Ross Mac Owens. The twins were a surprise, and Mac, the younger twin, was underweight, colicky and required special care. His older brother Jim filled the gap helping their parents care for Mac and Marilyn. Little Mac would grow up from those humble beginnings to be a healthy and stout 6 foot 3 inches.

He was a 1967 graduate of Forest Park High School and went on to serve in the Navy on the USS Indra during Vietnam. He was a member of the Vietnam Veterans of America, Chapter 292, of Beaumont, and proudly displayed his patriotic pride through his clothing and vehicle adornments and attended many Naval veterans’ events and reunions.

After discharging from the Navy, Mac returned to Beaumont and was swept off his feet by the lovely Josephine “Jody” Fertitta. He was quick to tell others that he fell in love with Jody the moment he laid eyes on her. They were married in September 1973, a short three months after their first date at a Carole King concert. Jody was the queen of Mac’s world, and during their 47 years together, Mac never forgot to bring his bride flowers on every birthday or holiday.

Meeting Jody wasn’t the only time Mac fell in love at first sight. When Mac caught the first glimpse of his daughter Toni, he instantly knew he would never be able to truly tell her no. Mac met his match with Toni, who displayed many of the same high spirited and stubborn traits as her Daddy. Mac was happy to marry Toni off to her husband Allen, loving Allen like his own, knowing his daughter was in good hands, and reminding Allen that there was no return policy – he couldn’t give Toni back. Toni and Mac were each other’s champions and Mac held his baby girl’s hand as he took his last breath.

Mac was so proud to have a son, that he chose to name him Ross Mac, after his own Father and many generations of Owens men before him. Mac pushed Ross to work hard and understand the value of a dollar and was incredibly proud of the husband and father Ross became. Mac and his son were best friends and enjoyed being together. Eventually, Mac decided he no longer needed to serve as the rock and leader of the family and passed that designation on to Ross, who stepped up to fill his Father’s big shoes. When Ross married his wife Rebecca, Mac continued the tradition of sending flowers to the ladies he loves, making sure Rebecca also had flowers from him on her special occasions.

Mac retired from the Goodyear Tire and Rubber plant after more than 30 years as a process operator. Mac worked hard and went above and beyond to provide for his family. He enjoyed all of the people he worked with at Goodyear facility and made many lifelong friendships.

Never one to meet a stranger, Mac would go to the store or on an errand and be gone for hours. He ran into people he knew everywhere he went, and even if he only recognized your face, he would be quick to ask how he knew you. Sometimes he would pop into local small businesses just to say hello, have a cup of coffee, or share a story or funny joke. There isn’t a joke Mac didn’t tell twice. Many times, he would laugh so hard while telling the joke that people could barely understand the punchline. He was also a fascinating, enthusiastic, and animated storyteller, discussing history and politics with anyone who would listen.

In lieu of flowers, the family requests that memorial contributions be made to the Vietnam Veterans of America, Chapter 292, PO Box 1071, Beaumont, Texas 77704.

This service can be viewed here: https://youtube.com/watch?v=QBZh6kK7d1M 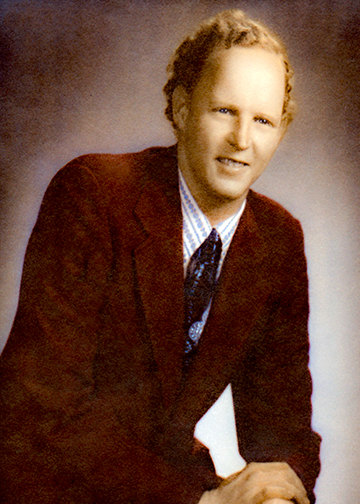 Jody ,Toni, and Ross, John and I are so sorry to hear about Mac. He certain was one of the nicest man that we have known. We send our deepest condolences and I prayers for Mac and all of you. If there is anything we can do for you all, please let us. Godless all of you on your time of sorrow.

Rest in Peace my friend until we meet again.

We had a good talk with Mac before Christmas, he had just returned home from the hospital. Mac was a Great friend and Brother in Arms, he will be Truly missed by many Friends and Military/Mason Brothers,. Jody and Family, please know that you are in our Prayers .

To Mac's family.........thank you for sharing him with our VVA Chapter. He was funny and always had a hug to give me. Prayers for peace and comfort. Mac will be missed by so many especially his VVA Chapter #292 family. RIP my friend.

I am so sorry to read of Mac's passing. I went Forest Park with him. Yes , he could talk your arm. I loved when I saw him at HEB, we had the best time catching up with each other. I pray that your family will have the strength to get thru these sad days..

Kay and I are very sorry to hear of Macâ€™s passing. He was a great person who loved his family very much. Prayers for him and his family. May he Rest In Peace.

Mac was a Great friend and Brother in Military Arms, we had a good talk on the phone before Christmas 2020, he had just returned home from the hospital, we thank The Lord Jesus for that precious time. We send Prayers for Jody and Family.

Jody We are sorry to see that Mac passed away. He was always so kind and friendly. May his soul Rest In Peace. You and your family are in our prayers.

Jodi and family, I am so sad to read of the passing of Mac whose mild mannered and kind ways were so dear. Thinking about you Fertitta-Owens family, love Nena

I met Mr. Owens, while I worked at Delaware Animal Clinic. He brought in his Missy Lou and Maggie Mae. I ended up watching his puppies while he was out of town because he didn't want them to be boarded in a kennel. He told me that Mr. Owens was not acceptable as we are family. So it was Mac from than on. Mac, my husband and I would talk for quite sometime when he droooed off or picked up his puppies. He would always say well I better get home or Jody would kick him out. Ha Ha. I than met Ross and Toni watching their puppies. And also their spouses when they picked up their puppies. Jodi and I would talk and laugh on the phone and than I finally met her. Mac had the greatest family, you could ever ask for. I would like to say how very sad I was when Mac passed and we send our thoughts and prayers to his family.

I just heard about Mac. Im so sad! prayers to all of you. . so many fond memories of PTA and "kids activities" together. I was one of those people that held him up when Id run in to him LOl It was always great to see him

Glen and I were saddened to hear about Mac. Jodi, praying for comfort for you and your family. We loved our conversation with him through the years. He had such a wonderful love of life and people. Always had a smile and humor to brighten your day. We feel fortunate to have known him and the family. I know he will be deeply missed by Toni and Ross as well.