Marge married Douglas Mansell in 1954. They were married for 63 years before Doug’s passing in 2017. Doug worked for Bethlehem Steel throughout his career, and this brought their family from New Jersey, to Massachusetts, to Maryland, to Texas. In 1994, after Doug retired, he and Marge moved to Stuart, Florida, where they enjoyed many happy years surrounded by friends from all over the country.

Marge was a loving wife, mother, grandmother, and great-grandmother. Her constant love and infectious laughter will be greatly missed.

A private family service will be held at a later date. Her cremation arrangements were handled through Broussard’s Crematorium under the direction of Broussard’s, 1605 North Major Drive, Beaumont. 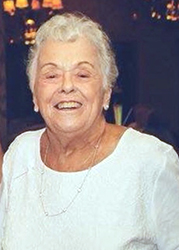 Robin we are so sorry for your loss. We are praying for you and your family.