Jesus was one of Toots, or Gram’s, as she was called by many, favorite subjects. She spent much of her life spreading the good news of Jesus, singing gospel songs with her sisters and her two sons. In her younger years, she even preached at revivals.  She was also very talented, playing several stringed instruments, keyboard, and piano, as well as being an accomplished painter.

Feisty is the word most used to describe Toots.  Anyone who was around her for even a little while would agree.  While living at an assisted living home, she and a friend purchased rubber snakes and delighted in placing them in places to frighten the unsuspecting.  They even purchased a frog that would croak when you clapped and placed it among some plants in the hall where they would often clap just to get a laugh from someone.  In 2018, Toots moved back to Texas, after living in Oklahoma for about 25 years.  She might have lived in Oklahoma, but she loved the University of Texas Longhorns and never missed an opportunity to show her horns.  Watching the Longhorns and Dallas Cowboys play was something she enjoyed very much, but she kept a foam “brick” that she would throw at the TV when she found a game to be less than enjoyable due to the performance of her favorite team or what she perceived to be a “bad call”. Just before covid stopped the world, Toots took part in a style show put on by the assisted living home where she resided.  To say that Toots strutted her stuff down that runway is putting it mildly.  She was certainly one of a kind.

Marilyn, Toots, Mom, Gram will be greatly missed and forever loved in our hearts.

A gathering of friends and family will be held sometime in the fall at Coopers Chapel Cemetery, Titus County, Texas. 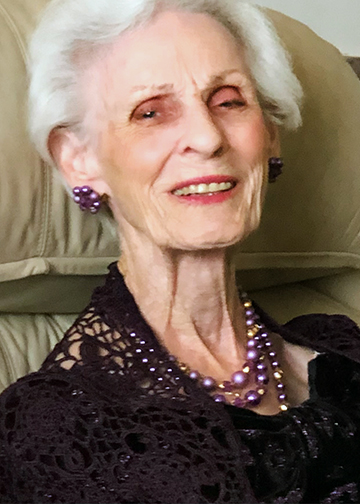 Toots you will be truly missed I can’t believe this Im just getting the call my client love u. Love u you are in a better place no more suffering from all of this stress she would always make me laugh and sing with me and pray 🙏 before bed . R.ip

My sincere condolences to Ms Marilyn’s Family. She will be greatly missed! She was a Beautiful Lady, sweet, interesting; very grateful to have the opportunity of working with her! Loved her tremendously, blessed memories of a vibrant soul! Mr. Jim, Trish & Family, you are in my thoughts & prayers! May God Bless!