Mark spent his childhood in Fannett and started working in the rice fields at a very young age. He graduated from Hamshire-Fannett High School where he met the love of his life, Pamelia Jean Hopson. After serving time in the Navy, he returned home and married Pam and they remained married for over 55 years.  The newlyweds moved to Baytown, Texas where Mark supported he and his new wife, by working in the oil field and ship yards. Before starting their family, Mark and Pam moved back to Hamshire and he worked as an industrial welder. After years of marriage, they welcomed their first child, Justin and within two years, Alexia completed their family. Mark and Pam raised their children in a home that Mark mostly built by hand and where they call home still to this day.

If you ever saw Mark, you saw a smile. He was smiling constantly. Mark was the definition of patient. He was loving, giving and very thoughtful. He was a wonderful cook and loved having family and friends stop by at any time to drink coffee or eat what he had on the stove. He especially loved preparing gumbo for his precious granddaughter, Eva. You’d usually find Mark, sitting in his wheelchair at the kitchen island drinking green tea and watching Fox News. He loved to wait on everyone, especially his darling, Pam.

Mark was the definition of a handyman. Justin grew up spending many hours with his dad working on cars, lawnmowers, houses, you name it, he could fix it and his legacy lives on in his son and grandsons. Children brought him tremendous joy but nothing like his grandchildren. Mark loved his title as “Paw Paw Mark”.

Mark’s faithfulness was indescribable. You could see Jesus in his eyes. He devoted many hours at his kitchen table where he studied his Bible. He would talk about Jesus at any and every opportunity given and loved his church family.

Mark is preceded in death by his parents; and brothers, David East, James East, and Thomas East.

A gathering of Mr. East’s family and friends will be held from 5:00 to 7:00 p.m. with his funeral service beginning at 7:00 p.m., Thursday, September 16, 2021, at First Baptist Church Hamshire, 25304 TX-124, Hamshire, TX under the direction of Broussard’s, 134 Buccaneer Drive, Winnie.  At a later time, the family will gather for a graveside service with military honors at Hopson Family Cemetery, Hamshire. 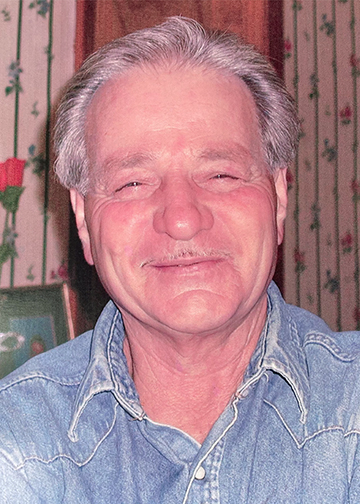 Pam, I was so sorry to learn about Mark’s passing. I am praying for the eternal rest of his soul with God in Heaven. Please know that I am also praying that you and your family will be blessed with grace and strength to be healed from your grief which I know you must be feeling during this sad time. May you find comfort in your precious memories that I know you have of times shared with Mark over your many happy years together. Sincerely, Norma Aubey Lewis

I am sorry to hear about Mark’s passing. Know that you are in my thoughts and prayers.

Pam we were so sorry to hear about Mark. He was a fine Christian man. We will always have fond memories of the good times we shared with him at Toledo Bend Lake at Mill Creek Bay. We are praying for you & all of your family that God will comfort you, give you peace as you face the difficult days ahead. God bless you.

So sorry for your loss Justin, praying for peace and comfort for you and family

Donnie & I are so sorry about Mark…& send our sincere regrets that we cannot be there for the family today. We loved Mark & know that his loss will leave a huge hole in the family’s hearts. I was blessed to be able to share in his faith one on one when we had a chance once, & I will always remember & appreciate that. God’s peace & our love to you all.

Mark was a favorite friend in school. Prayers for all the family.

Pam, How sad to hear about Mark. Many memories of those high school dating days. Always enjoyed listening to you talk about Mark at our YaYa girls beach trips My prayers are with you. Hugs and love to you. Bonnie Barlow Durr

Justin and family, I am so terribly sorry to hear of this news. Tony and I offer our deepest condolences for the loss of your beloved Father, husband and Paw Paw. Sending love to the family, you are all in our prayers. What a beautiful memorial written of a good soul that understood the real meaning and joys of life. He is in Jesus’ arms – Heaven is joyfully celebrating the arrival of their beloved Mark. God bless.

So sorry for your loss… Hugs and prayers for the family.

Hate to hear about Mark. I know you will miss him. I still miss Jackie. My prayers are with you.

Condolences, hugs and prayers. Pam, May the Lord wrap his loving arms around you and your precious family

We are very sorry for your loss! Please know our thoughts and prayers are with all the family! Mazie and Donald East

Mark will be missed by all. He was such a sweet man. When he would pray he would always get teared up. He always had a smile and a sweet hello, that was Mark East. Pam, Justin, Alexia, grandchildren, daughter in law and son in law (family) I am sorry for your loss. Dennis and I love all of you and know that our thoughts and prayers are with you during this time.

So sorry to hear about Mark. So many deaths in our community with family and friends. May God’s peace and comfort surround you and the East Family.

The East Family has always been special to our family.

So sorry to hear of Mark’s passing. Praying for you all. Hoping the memories he left will bring you comfort.

Mark was such an exceptional human being. I only had the pleasure of getting to know him for the last few years, but it was obvious from the first time I met him that he was special. He always had kind words to all those around him. My son thought so highly of him and enjoyed all the times he got to spend with him. Although he will be greatly missed on this earth we know we’ll get to see his smiling face again! R.I.P. Paw Paw Mark.

Dear Pam,
I am so sorry to read about your husband. My heart and prayers go out to you and your family.

Pam and Family,
I am so sorry to hear of Mark’s passing. It’s been many years since I’ve visited with you and Mark, but I agree with those who always saw Mark smiling. He is now resting in the arms of Jesus and watching over his earthly family.
Prayers for all of you.

So sorry to hear of Mark’s passing. May God comfort you and remember all the wonderful memories together. Keeping all of you in my prayers. Love you!

Our prayers for His comfort to help you all through this difficult time and may Mark’s precious memories help ease the pain. All our love, Skylor, Juliette, Tatum and Aubry

My heart breaks for the family of Mark East. He was a man’s man. He loved deeply and dearly. He was an outstanding husband to his wife Pam. He was a wonderful father to Alexia and Justin. He was a beyond wonderful grandfather to his grandchildren. Carson loved you so much. When my family moved away I felt so much better knowing he had Mark to teach him to fish and many other things. I can never thank him enough for loving my Carson. Mark will be missed by all who knew him. My love to the entire family. Love you Alexia!

I’m so sorry for the loss of Mark. He was such a special guy. He will be truly missed. My thoughts and prayers are with the family.