He was preceded in death by his biological father, Edward Kennedy; followed in death, the same day, by his beloved dad, Carl Colicher; brothers, Don and Jimmy Kennedy; and sister, Roxie Ann Struebing.

Memorial contributions may be made to HOW Center, 2509 Cable Avenue, Beaumont Texas 77703.

A gathering of Mr. Kennedy’s family and friends will begin at 5:00 p.m., with a memorial service to follow at 6:00 p.m., Wednesday, January 11, 2023, at Broussard’s, 2000 McFaddin Avenue, Beaumont. Cremation arrangements were handled through Broussard’s Crematorium. 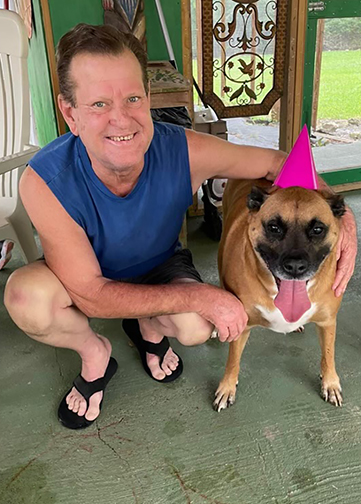 Deepest sympathy to you Alice. May you find peace within.

So sorry for your loss. Mark was a special guy in Chucks and my life! We loved him very much.
My love to Betty, Alice, Sons and Grandchildren.

What a great guy with a huge heart! I’ll miss you brother! Love you!

Alice, Betty and all of the family:

You are constantly in our thoughts in this time of your great loss and pain. Mark was a wonderful friend. I have always been grateful for his reliable friendship – he always wanted to know what he could do to help, and I knew I could count on him to show up and do what he promised. Mark would get it done, whatever it was. We will miss him. We hope and pray you will find solace and comfort in your collective love and memories.

Mark was a genuine person that I thought the world of. Always smiling and so kind. RIP sweet man.

Prayers of comfort to his family.

So sorry to hear of Mark’s passing. Prayers for the family during this difficult time.