He spent his boyhood and high school years in Washington, Arkansas.  He attended high school in Hope and graduated from Ouachita Baptist College just before marrying his high school sweetheart, Sue Hicks.

After serving in the Army, he worked in South Carolina. He, Sue, and daughter, Renee, moved to Beaumont in 1963 when he took his job with Texas US Chemical in Port Neches, where he worked 34 years. He was an active member of North End Baptist Church, serving as a deacon, chairing many committees and projects, teaching Sunday school, and singing in the choir.

The family wants to express appreciation to his caregivers, Jo Ann Jackson and Margaret Keyes, Intrepid Home Health, and the staff of Mid-Jefferson Extended Care Hospital at Beaumont. 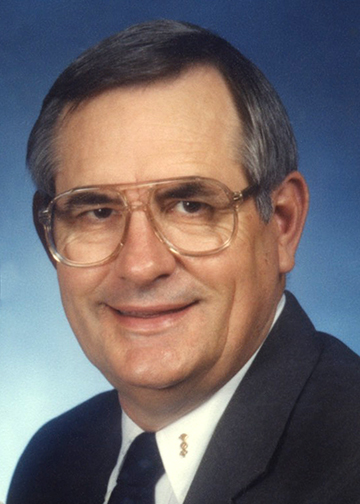 Love and prayers to you and family.

Love and prayers to you and family.

I called him Superman because he always bounced back from all sickness, but my Superman has traded in is cape for a set of wings, I will truly miss you, love you always.

So sorry to hear about his passing, Marshall will be missed, prayers we send to the family! Bubba and Pam and kids

Marshall was always so happy to see me and such a good person. Always big open arms for a hug. I will miss your sweet spirit and beautiful smile.

Condolences to the family. Marshall will be sadly missed.. Mike Nance

You all will be in our thoughts and prayers.

Marshall is my oldest cousin and my sons namesake., even though we rarely saw each other, I knew he was a phenomenal man. My prayers are for Sue, Renee and family. Until we meet again. ♥️

Marshalll and I go back to high school then 4 years of chemistry at Ouachita. We were room mates our freshman year. He was upright and a good room mate. And friend. He will always be on my memory. My prayers are with the family. In this time of sorrow.

Marshall and I would always discuss Arkansas Razorback football, basketball or baseball every Sunday before church. As a deacon, he was an excellent example and leader for the younger men of our church. He was in the choir and would often sing a solo. He had a wonderful baritone voice. Till we meet again my friend.

My love to the family, He has touched so many lives just by the way he lived his loving the Lord and his family. He will be missed. Debbie Riley

We extend our condolences to Sue, Renee and their families. We live in California, and we have not visited with Marshall and Sue for many years. We have continued to keep in touch at Christmas, and we have marveled at Marshall's perseverance to lead his life, and to Sue's dedication to Marshall.