When Martin was still an infant, his family moved from Lake Charles, Louisiana to Port Arthur, Texas.  He spent his toddler years in Port Neches before moving to Nederland.  He attended Langham Elementary and Central Middle School.  After his freshman year in Nederland, the LeBlanc family moved to Baytown where Martin graduated from Sterling High School in 1980.  After graduating, Martin worked a short time at Lee College before settling in his thirty-year career at Texas Mooring.  He was a Dispatcher and Manager of Dispatch Operations tracking shipping vessels from Bolivar Rows to the various ports along the Houston Ship Channel.

Martin always enjoyed being with his family.  He was a bachelor for forty-one years and spent time with his siblings, nieces, nephews, and family in Louisiana.  After marrying Tammy in 2002, they welcomed a son, Matthew.

Martin was a wonderful loving husband and father.  He was a devout Catholic and enjoyed saying the rosary every night with his family and friends in a cell phone conference group.  Martin was an avid reader and enjoyed crime novels.  He liked to watch documentaries and sports, especially the Dallas Cowboys.  He enjoyed hunting deer and camping in the Big Thicket, playing cards with family and friends, and going on family vacations.  He was loved by all, but after fighting cancer for six years, he is now in his heavenly home with his mom, Martha.

He is preceded in death by his mother, Martha Lee LeBlanc; grandparents, Bessie and Martin Bourgeois and Bernice and Elias LeBlanc; and Charles Bourgeois. 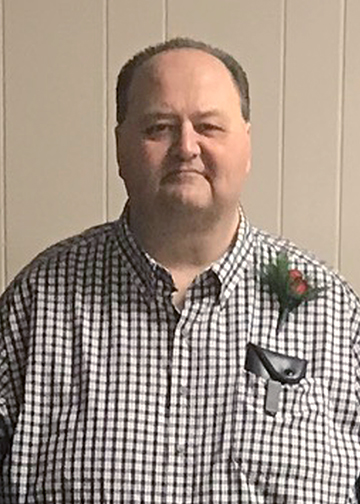 I got to grow up in your family and know exactly how wonderful you are. You are the sweetest, funny and caring person. I’m so glad we connected again after all these years and I was able to talk to you. Love you Martin and give Nannie a hug from me

My thoughts and prayers for Martins family and friends. I know that Martha and Charlie were there to greet him.

Tammy, I am so sorry to hear about Martin. I certainly enjoyed hunting with him and watching football games at the camp with him. Praying for you and Mathew and the rest of the family. We love all of you and will cherish those hunts and days in camp in my memories.

Tammy, I’m so sorry! Praying for you and the family!

Tammy& Matthew may you have piece that Martin is no longer suffering & is with god. I pray to god to give you strength each day. Gail Burt

I’m so sorry to hear about your loss. He was a dedicated husband and father. I pray you find peace knowing he is not sick anymore.

You will be missed but NEVER forgotten! I was lucky enough to call you brother, but you were more like a friend. Growing up with you was so much fun! We shared a love for scary movies, and you couldn’t wait to scare me at least fifty times for weeks after. You were sweet, funny, compassionate, and you were fierce when it came to loving and serving our Savior. You were faithful to the end. I will always love my “Marty”

You will be missed, but will never be forgotten! I was lucky enough to call you brother, but more than that, you were my friend. You were so much fun to grow up with. We shared a love for scary movies and you couldn’t wait to scare me at least 20 times for days after! I will miss so many things about you. You were kind, compassionate and fierce when it came to loving and serving God. You were faithful til the end. You will always be my Marty🙏🏻❤️

Tammy & Matthew, I am so sorry to hear. Our prayers are with you all. May God wrap you in His loving arms.
With Love,
Greg, Monique, Peyton and Parker Lumpkin

Martin was nothing but LOVE! He was bigger than life in EVERY way. His faith, his sense of humor and his love for all will be sorely missed in this world! Heaven has gained an AWESOME man! Say hello to Mom for us.

My condolences go out to Martin, his wife, and all his relatives. Heaven has gained a wonderful man.

Tammy, I am so sorry to hear about your husband. Know that we will be praying for you and your family ❤️