Mary Frances Morgan Duesler died at her home in Beaumont, Texas, of natural causes on April 23, 2020, at age 91.

She was born September 29, 1928, in Three Rivers, Texas, to Thomas Hampton Morgan, a true cowboy, and Jessye Frances Sowers Morgan, a public-school teacher. She grew up in Three Rivers, being taught in school several years by her mother. She graduated Three Rivers High School at age 16 and moved to Beaumont to attend nursing school at Lamar Tech and Hotel Dieu Hospital. After nursing school, she proudly worked as office nurse for Drs. Allison & Reimers, Dr. Grady Bevil, and Dr. Josh Esslinger for many years.

She was married to Earl J. Duesler in 1950, and he remained the love of her life, even after his death in 2003.They had 3 children, Donald and Thomas Duesler, and Diane Duesler Clark.

She was a longtime member of First Baptist Church-Beaumont and the Daughters of the Republic of Texas. She was widely known as being hardworking, unselfish, caring, and compassionate to everyone.

She was very proud to send all her children to college and post graduate studies at Baylor University, Texas A&M, and South Texas College of Law.

A family graveside service will be held at Magnolia Cemetery, Beaumont, under the direction of Broussard’s, 1605 North Major Drive, Beaumont. 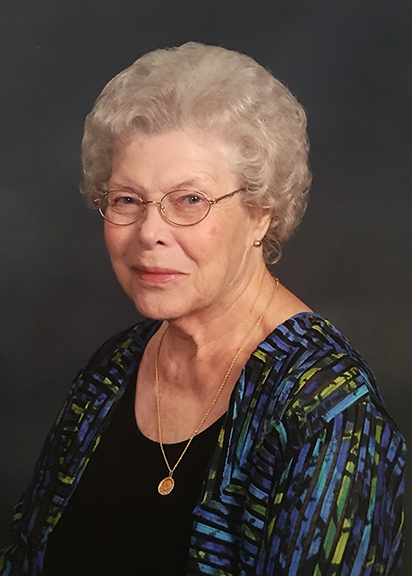 Don and Duesler Family: Please accept my condolences for you mother's passing.

We will miss you Aunt Frances. I have many fond memories of spending holidays with you, Uncle Earl, and your family. Thank you for opening your home to us. We are sorry our daughter will missing the pleasure of knowing you.

Ms. Duesler was priceless. Such a loving and caring person. I was blessed to be her nurse for 20 years. I always was so happy when I knew she would be on the schedule. She will be missed.

I am so sorry to read that your mother has passed away. She was always so nice to be around. Roger and I were just talking yesterday about the good times that our families had down at yâ€™allâ€™s camp down on the creek. Mom and dad really thought highly of your parents.

Will never forget the day she Fran and I went to lunch together we talked about our trips together sorry that time is gone.

Will never forget the time Fran and I went to lunch with her and we remembered all our trips and time together sorry that is all gone. She was special.

Will never forget the time Fran and I went to lunch with her and we remembered all our trips and time together sorry that is all gone. She was special.

We are so sorry. Frances was such a special lady and neighbor--loved by all. We shall miss her and send our condolences to the family.

We are all very sorry for your loss, Frances was a lovely lady. Our thoughts and prayers are with you Don and Marita, and all the family, during this difficult time.

Don, Marita and family. We are so sorry to learn of the loss of your mother. You have our love and deepest sympathy. Paul and Becky Ford

Don, Marita and family... Iâ€™m so sorry to hear about the loss of your precious mom. She was such a sweetheart! May the Lord comfort you, as only He can. Love you.. Barb