Mary Lou Chance Soward, 92, died peacefully of natural causes, surrounded by caregivers and her son, Mark, at home in Richardson, Texas, on Sunday, August 16, 2020, with daughters Jena and Susan connected by telephone.

Mary Lou was born December 12, 1927, to Allen Anson and Corrie David Chance, in the home built by her grandfather John Edward Chance in 1870, in the Chance community near Silsbee, Texas.

After graduating as valedictorian of the Silsbee High School class of 1945, she immediately began teaching at the Chance community school while completing an associate degree at Lamar Junior College, now Lamar University in Beaumont. Matriculating to the University of Texas (Austin), Mary Lou completed a Bachelor of Business Administration in 1949. While there she met and married J. W. Soward, also of Silsbee. The couple settled in Beaumont to raise their three children.

Mary Lou was a career educator, having acquired a Master of Education from the University of Houston and a Counseling Certificate from Sam Houston State University. She taught at various elementary schools in Beaumont and was invited to join the cadre that opened Forest Park High School in 1961, where she taught business subjects before being promoted to the position of Counselor and Dean of Women. Subsequent family moves to Houston and Dallas led her to similar positions in Memorial, Irving and Wylie School Districts.

She was a member of the Texas State Teachers Association, St. Andrews Presbyterian Church in Beaumont, Memorial Drive Presbyterian Church in Houston, and Lovers Lane United Methodist Church in Dallas. Mary Lou had a green thumb and loved gardening, sewing, cooking, collecting recipes, listening to music and the family dogs. She was extremely fond of her many Chance, Hooks and David relatives.

Mary Lou was preceded in death by her parents; and her brother, John Edward Chance of Lafayette, Louisiana. 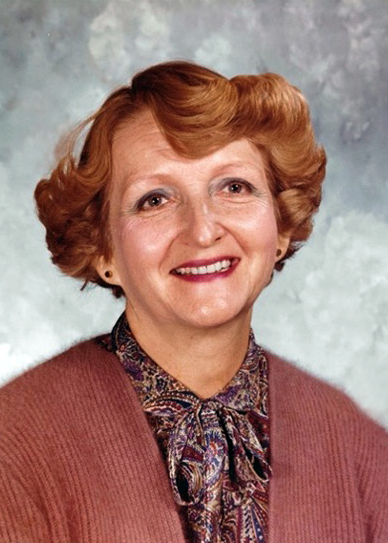