She married Robert Ray Richardson, Sr. on October 16, 1943. They were married for sixty-seven years, and he preceded her in death on March 28, 2011. She was a lifelong member of the First United Methodist Church of Kountze where she served in many capacities. She was one of the founding members of the Christian Loving Care Center of Kountze, Texas in 1987 and served as executive director for 30 years. In 1993 the American Institute for Public Service selected her to receive the Jeffersonian Award for her dedicated volunteer work in the community. She was also awarded Citizen of the Year from the City of Kountze in 2012. Community Service was her heartbeat.

Mary Frances graduated from Lamar State College of Technology in 1957 with a Bachelor’s Degree in Business Administration and taught in Kountze Public Schools for over thirty years.

A gathering of Mrs. Richardson’s family and friends will be from 12:00 p.m., until 1:30 p.m., Saturday, May 16, 2020, at First United Methodist Church, 1015 Pine Street, Kountze, under the direction of Broussard’s Silsbee, followed by a graveside service at 2:00 p.m., at Old Hardin Cemetery, Kountze. Social distancing will be observed during the viewing. 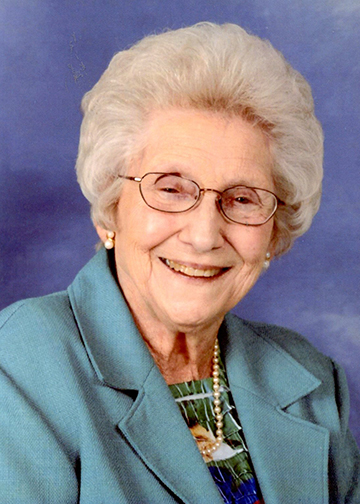 Such a fine and wonderfully giving lady. Mary Frances never met a stranger and had such a warm and caring personality. As an elementary teacher, we could count on her and the Christian Loving Care Ladies to help with needed supplies for students. My greatest honor was to share her as Citizen of the Year and I was teacher of the year. Mary Francis is going to be greatly missed by so many. God bless her family. Mary Fears and .family.

What memories we had at the river house. We are sorry for your loss Bobby and Joel. I assume we will not be able to share stories at Broussards. Pyaywrs are with you.

Mary Frances was a wonderful aunt and truly a role model and inspiration to the family and our community.

She was a kind happy person. We need more like her. RIP,

She was a kind and good person. RIP.

My typing teacher way back in High School in the '60's....sweet, patient....all thru the years always asking about the family....recently loved to talk about the Kirby Hill House and her adventures there thru the years.....will so miss her unending knowledge about KHH and Kountze as well.....love and prayers Bobby and Joel and all family.....

I don't know how to put into words how Mary Frances changed my life. She didn't know that when I wondered how I should act...I thought what would she do? She is the best example of how a lady, a Christian, well honestly, every single person should act. Her strength was only out- shined by the twinkle in her eye. I will truly miss her. I hope I will be able to live up to her example.

So sorry to hear of Mrs. Richardson's passing. I remember her fondly as my typing teacher at Kountze High School in 1963. She was always kind, helpful, and supportive. She was the epitome of a great teacher. The last time I saw her was at our Class Reunion in Kountze several years ago. She remembered me by name and it brought back many good memories. I know she will be missed by family, friends, and an untold number of students like me. My sympathies go to her sons, grandchildren and great grandchildren. Gary Wilkerson, Class of 1963