Mary “Maria” Rojas was born on February 7, 1931 in Beaumont, Texas to Micaela and Zenon Gonzalez. She worked for Frito Lay and Sheperd’s Laundry until she  married Frank Rojas in 1965. Together they were charter members of L.U.L.U.C #394, where Maria cooked for all occasions big and small, Christmas, New Years parties, and especially including their booth each year at the Southeast Texas State Fair. Maria was well known for making dozens of tamales for all to enjoy.  As members of L.U.L.A.C, they began the local L.U.L.A.C Council #38 for the Hispanic youth. Her home and kitchen were open to all who paid her a visit.

Family was very important to Maria.  She loved spending time with her husband, children, grandchildren, and great-grandchildren.  She never refused a request to baby sit, be it one, or all of the many grandchildren. A true matriarch of the family, she was always willing to help out or give advice to all who asked.  She taught us all what it meant to be a family.

Maria loved to sing and dance.  As a teenager, she joined her brother, Simon, belting out tunes on the radio.  She was heavily involved with the youth, taking time to teach the traditional Mexican dances to celebrate the annual  Fiesta Patrias Pfor Mexican Independence. In her later years, she was even a viral sensation, along side her great grandson, Jonah, on TikTok.

Maria touched the lives of so many and will be sorely missed by all who knew her.  Although Alzheimer’s may have robbed her of her mind and memories, it never took away her spirit.  To the end, she stayed feisty, passionate, and humorous—even if a bit inappropriate at times. 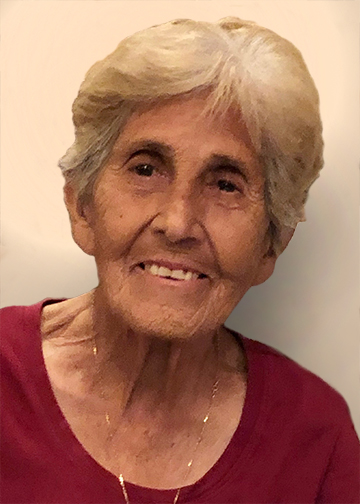 My deepest condolence to the family you’re in my prayers.

Aunt Maria was a very well liked person. I have great memories of staying weekends at her house in my childhood days. May God bless and comfort the Rojas family and friends.

We are saddened to hear of Mrs. Rojas passing. We know that Frank is happy and they are together again. I can still hear her voice calling for Frank to come to the phone when I’d call.

Love you mama. I miss you not being here with me, but I know that you are now with daddy. The two of you are holding hands and walking in heaven visiting with family and friends.