Mattie Sue King, 99, of Groves, Texas, went home to be with the Lord on Saturday, November 19, 2022, at The Medical Center of Southeast Texas, in Port Arthur.   She left behind a host of family and friends that will daily miss her loving presence, wisdom, and quick wit.

Sue was born on April 10, 1923, in Burnett, Texas, to Thomas Byrd Griffin and Jeanita Ruth (Cure) Griffin.  While she was still young, their family moved to Warren, Texas, and started a small farm.   Mattie Sue was one of eight children and learned at an early age the value of hard work.  By the age of ten, she was able to cook family meals, sew, clean, work in the fields, and care for her younger siblings. Tragically, she lost two of her younger siblings, J.B. and Nita Ruth, when they were only two and three.  She learned to cope with grief as best she could, at a very tender age.  Her adventures on the farm, both pleasant and unhappy, gave her the source material for many intriguing stories that she later shared with her children, grandchildren and friends. She enjoyed attending worship with her family at the Primitive Baptist Church, with dinner on the grounds following services.  She continued her love for Jesus and church, and ultimately gave her life to the Lord.

Never inclined to be idle, Sue was always busy with something. She graduated from Warren High School, and later, from Lamar University, with a degree in business management.   In her spare time, after working and taking care of her family, Mattie Sue sewed for the public, quilted, crocheted (including numerous items for her children, grandchildren and great grandchildren).  She was quite skilled in carpentry, sheetrock, and electrical work, which came in handy when she was renovating more than one of her homes.  Two of her grandsons learned many of these skills and later became electricians themselves.

She was active in 4-H, and was supportive of whatever activities her children, Russell (Buster), Jeanita, and David, pursued.  She loved gardening, oil painting, crossword puzzles and reading.  Cooking was another of her major talents, and she enjoyed preparing meals after church on Sunday for her children and grandchildren.  She was a faithful member of Hillcrest Baptist Church, where she took great joy in worshipping with her church family.   Old time Southern gospel music was her favorite, and the Blackwood Brothers was one of the groups she particularly loved.

In her later years, when she couldn’t be as physically active as she would have liked, she wrote her autobiography and also researched her family genealogy.  Throughout her life, Mattie Sue had a quiet, gentle, but determined spirit, and showed love to those around her.

If preferred, memorial contributions to Hillcrest Baptist Church Scholarship Fund, or Missions Fund, may be made in lieu of flowers.

Thank you to all those who cared for our Mattie Sue, and especially to Brittney Luna, for all her compassionate and dedicated assistance. We could not have made it without her.

We are deeply thankful to our Savior and Lord for giving us the privilege of having Mattie Sue in our lives. 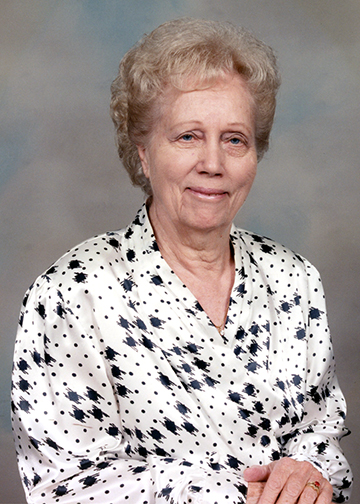