On Sunday, January 1, 2023, Melissa Davis, 101, of Santa Fe, entered the gates of Heaven and met her Savior! Melissa was born in Batson, Texas on June 30, 1921.  She was the oldest of five children born to Celestine and Walther Strahan.

Melissa was always a go-getter from the start!  She loved learning and would often “get her lessons” by a kerosene lantern at night.  She met the love of her life, Riley Davis, while working in a cafe in Daisetta, Texas.  After two weeks of courtship, they were married on February 28, 1944, in Liberty, Texas, and had fifty-one years together.  Melissa and Riley had six children between them, Charles, Damon, Mike, Patricia, Tommy and Becky, and raised them in Stowell, Texas. After Riley, who worked for the Sun Pipeline Company, was moved from the Texas Valley to the SunField Camp just outside Stowell, they bought an acre of land on Van Ostrand Lane and built a house in 1959.  They lived there until Melissa moved to Santa Fe, Texas to live with her son in 2016.

Melissa always had a love for children and learning.  In March 1964, she started a Kindergarten at her home in Stowell.  Riley built a “School Room” onto the house and Jack and Jill Kindergarten was established!  All the tables and chairs in the School Room were built by Riley and made to last!

The first class had only six students and they attended for only three hours in the morning.  Word quickly spread about the Kindergarten and Melissa soon had to open a second class that ran for three hours in the afternoon.  She often had twenty-seven to thirty students in each class, morning and afternoon!  She ran a Kindergarten until it was officially offered at East Chambers and then she switched to teaching PreK students.  She taught generations of students for twenty-eight years in that little room!

Every year, Melissa would hold a graduation ceremony at either the High School Auditorium or the Methodist Church. All the gowns were hand-made by Melissa, pink for girls and blue for boys. Riley made the caps and covered them with matching fabric. Melissa ordered special Jack and Jill diplomas and handed them out to the students one by one as they walked across the stage. She was always so proud of the progress that her students made each year!

In May 1986, Melissa Davis was named Educator of the Year by the Winnie Chamber of Commerce!  It was an honor that she cherished all of her life.  She was so humbled by the recognition.  She said that the ceremony was something that she would never forget.  The plaque hung on the wall in her home and she was always so proud to talk about the honor with all of her family and friends.

Melissa retired from teaching to care for Riley after he became ill.  She was devoted to his care and took a part-time job at Little Pair convenience store in Stowell so she could be close to home.  She loved working at that little store because so many people would stop in just to say hello.  After Riley passed away, she worked full time at Little Pair until it became Jack’s Grocery.  She was asked to stay on at Jack’s and she worked there until she was ninety years old!  So many former students would stop in to say hello, drink a cup of coffee with her and share stories with her.  Her days working at the convenience store were filled with joy.  She’d get up at 3:00 AM every morning so she could open the store by 4:30 AM.  She always said that the farmers and others needed her to be there so they could get ice for their ice chests and coffee to wake up!

Melissa was a faithful member of the First United Methodist Church in Winnie for many years. She taught Sunday School and volunteered her time when needed. She loved working with children and this fulfilled her desire to give back to the community.

She is preceded in death by her parents; loving husband, Riley Davis; sons, Charles Davis and Damon Davis; her brother, Sam Strahan and sisters, Christine Pryor, Iva Smith and Thelma Simmons and all her dear sisters and brothers-in-law.

To honor Mom’s contributions to education and the Winnie Community, memorial donations may be made to the East Chambers ISD Education Foundation, 270 School Road, Winnie, Texas 77665. 409-296-8186

For online or cash donations, the information is below:

On the information page, click the add special instructions to seller link and add in memory of Melissa Davis. 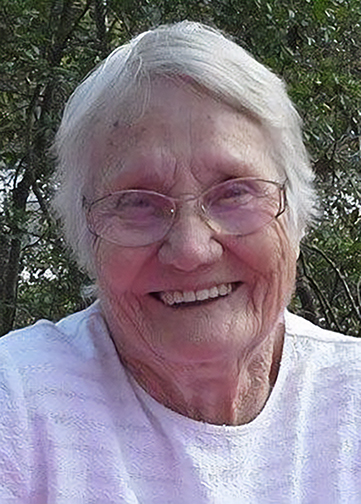 Becky, Deepest Condolences Sent To You And The Entire Family Of Mrs.Davis.She Was Truly Blessed! By God & Jesus To Have Lived Her Longevity Of Life! 101….She Made HISTORY!

We were so sorry to hear of your moms passing. Our prayers are with your family!

So very sorry for your loss she taught both my children in kindergarten. They dearly loved her. She was a sweet, kind, caring lady.

Mike I learned of your loss this morning in Sunday School or I would have been there for you. Your Mother was a wonderful Lady and she gave this community everything they needed. The Kindergarden classes were wonderful. You and your family will always be in my prayers.

Mike-I would have been there for you but I only learn of Melissa’s passing and funeral this morning at Sunday School. I am so sorry for your loss, Mrs. Davis was a wonderful person who loved all the children she taught, my daughter included. Your mother and dad was always wonderful to me and I still ride my bike by her house and I always thought of her and your family . I will miss those days with your family, espically Melissa. Love her dearly.

Ms. Davis has been a great mom from the day she started working at Jack’s Grocery. She wrapped me in her wings and protected me from the time she met me. One day, there was a plant which was planted in front of our store during the renovations. I saw her crying and asked her what happened. She said, “Is that plant going to be taken out?” I asked why. She said, “That’s the only thing I have left from Riley.” I said, “Ms. Davis, that plant will always stay here.” And it did. Riley was very precious to her, and I protected that for her. There are so many stories I could tell but not enough space or time. She lives in my heart forever.

So sorry to hear of Mrs. Davis passing she was a very sweet lady . RIP

…From Kindergarten until our last conversation at Jack’s, always a pleasure talking to Mrs. Davis. Threatening me with a paddling at around age 50.😳😳……..” I’ll be a daddy when I grow up, and I’ll have lots of boys….We’ll be so happy, and we’ll make lots of noise.”…..still remember that, from the Kindergarten graduating class of 1970…… Calculus and Trigonometry. not so much……..thank you Mrs. Davis, rest in peace.

I was in her kindergarten class of 1966. Ms. Davis was a wonderful lady, and always spoke when we ran into each other in town. She will never be forgotten. My thoughts an prayers are with her family.

I have known Mrs. Davis for at least 60 years. She was always a delight to talk to and visit every time I saw her, either at her home when I was visiting Tommy, or at her work at Little Pair. I am so sorry for the family.

Me and Kim are Saddened to hear of Mrs Davis Passing. She was a Grandma to me and Kim after ours passed away. She always had us laughing and loved her stories. Our thoughts and prayers are with the family.We Love You Mrs Davis May God Keep You In His Loving Arms

Our thoughts and prayers are with the family in their time of sorrow. She was a great educator and taught many students, our children included. Sincerely, Suzie and Kenny Ortego