Melvin Jackson Bailey was born on April 8, 1939, to Newt and Muriel Bailey. He passed away peacefully at home on October 24, 2022, with family by his side.

In 1964, he married Linda Burford, who happened to be his best friend’s sister. He had three children who were his pride and joy.

Anyone who knew Melvin had a story to tell, most of which cannot be repeated in public. He was an absolute character! He would do anything for a laugh and did not mind being the center of attention.

He was known for his “Brut Strength” and “Popeye” arms. Melvin had the strength of an oxe and a heart of gold. He was a very generous man, giving his time or money to anyone that needed it.

He was loved by so many and had a life very well lived. 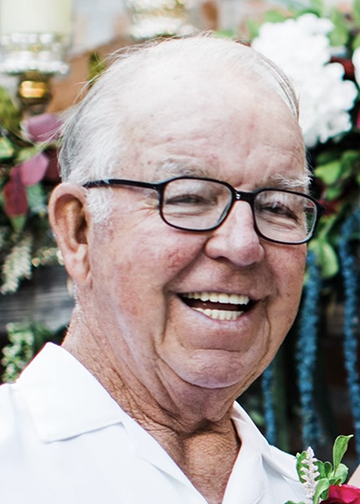 Ms. Linda,
You and Mr. Melvin have always had such a huge place in my heart. He will be greatly missed but know he’s loving seeing Becky at last.
Prayers for you, Melinda and the rest of the family. If you ever need anything, I’m here.

Linda and family
We know your happy memories will bring you comfort in the years to come. Sending prayers during this difficult time.,

My heartfelt sympathy to Linda and the beautiful Bailey family during this overwhelming time of loss and grieving.

So sorry to hear of the sad news of Melvin passing he was my dads best friend. Him and dads catching up right now.

So very so for such a huge loss. Melvin was such a wonderful man and a treasure. The world will not be the same without him. Prayers

Linda and Melinda I am so sorry about Melvin he was one great guy. He was always telling people I was one of his teachers even though I was 4 years younger. I also watched him pick up the back of a Volkswagen at the Pig Stand one night. Loved him and all the Bailey family. I will not be able to make the service but will be there in spirit.

Linda and family,
So sorry and sadden to hear of the loss of Melvin. He was a kind and sweetest classmate I know. Always a joy to be around with his great smile and laugh. A wonderful family man and he will be missed by everyone who knew him and loved him. My thoughts and prayers are with you during this time. I am so sorry I can’t make the memorial but my heart felt memories are there.
My Deepest Sympathy,
Aline Haas Broussard
Burkeville, Tx

We are so sorry to hear of your loss. May God bless and comfort you!

One of the nicest FHS guys I have known. RIP Melvin. Prayers for your family.

Melvin was the nicest person i had ever met. Such a kind and giving soul. I know he will be missed. Prayers to the family

Linda and Melinda,
Our deepest condolences, we are praying for both of you and we plan to be there on Thursday.
God Bless,
Robert & Inez Read

We are so sorry for your loss. You and your family are in our thoughts and prayers.

We are sorry to hear of Melvin’s passing. He is now with Jesus. All our prayers and love.. Luke and Harriet

So very sorry for your loss, Linda and family. You are in my thoughts and prayers.

So sorry to hear this sad news. Hugs to you, Melinda, and your mom, from your 5th grade teacher. I loved you and your sweet family. Memories of Roy Guess School are some of my favorite.

The picture of Melvin is a great representation of him. He always has a friendly smile and something funny to say. He was a wonderful man.

Love and prayers for you, Melinda.

I am praying comfort and peace for the family.