Michael Anthony Candiloro, DC of Groves, Texas was born on November 24, 1961, in Turin, Italy. He passed away on All Souls Day, November 2, 2022. Michael is preceded in death by his parents, Joseph Anthony Candiloro, Jr. and Marguerite Virginia Carlino Candiloro, as well as his sisters Carmen Candiloro and Teresita Ojeda Sabellico.

Michael graduated from Rapides High School in Lecompte, Louisiana where there were 80 in the 80 class. After high school he attended the University of Louisiana at Monroe where he majored in Pre-Med before changing his major to Chiropractic Medicine and transferring to the Texas Chiropractic College in Pasadena, Texas. Michael graduated from TCC in 1987. He has been practicing since then and established his own chiropractic office in 1994. He continued to practice until his death. Michael was a well-respected and excellent chiropractor.

Michael has been a resident of the great state of Texas for 38 years. Prior to making his home in Texas with his wife Lana and their children, he was a resident of Louisiana. Michael was a very active member of Our Lady of Guadalupe Catholic Church and Shrine in Port Arthur, Texas. He was a member of the Knights of Columbus Council 12809 where he served as a Grand Knight for 3 years and achieved Star Council all 3 years. Michael was also a CCD Instructor for Confirmation Class 2, a member of the Parish Council and Parish Council President, Member of the Finance Committee, ACTS Director, Altar Server, and Usher. He enjoyed the work he did for his church. Michael was a man of deep faith.

Michael enjoyed not only watching sports but coaching as well. He coached Little Dribblers, Soccer, and Golf. He enjoyed playing golf, bowling, baseball, tennis, and riding his bike. But his love of sports truly showed in his Fan Spirit. Michael was an avid fan of the Houston Astro’s, The PNG Indians, and the Baylor Bears. But his first and all time favorite team would be The Dallas Cowboys. Michael was a super fan who never missed a game and would coach the Cowboys as if he were Tom Landry on the sidelines.

Michael was a good guy. Everyone who met him liked him. He worked hard to become a success. Our parents were always very proud of him as was his family. We all have funny stories about Michael…he made people around him laugh. He was always ready to lend a hand to help anyone who asked. He was a very caring man and very smart man. He enjoyed his family and his friends. He liked nothing better than having family over and cooking. He would prep and make lists because he wanted everyone to enjoy themselves.

He was not into tech at all…a man with no real digital footprint. He didn’t do Facebook. In fact, he could probably not even tell you what social media was. He only in recent years started using a cell phone. His computer Home Screen was set to ESPN. He only had to turn it on..and poof…sports! He loved his sports…Go Cowboys and Astro’s and in the last 15 years….PNG Indians and the Baylor Bears.

Michael chose to become a chiropractor and he was a darn good one. But he was also a great husband and an amazing father. He supported the endeavors of his family 110%. From school, to athletics, to church, to home…he was the biggest cheerleader for his family! There is no way that this can capture who Michael was and what he meant to so many people. But his family wanted people to know this very special man and how much he was loved. We hope that when people read this; they will smile because that is what Michael would have wanted. 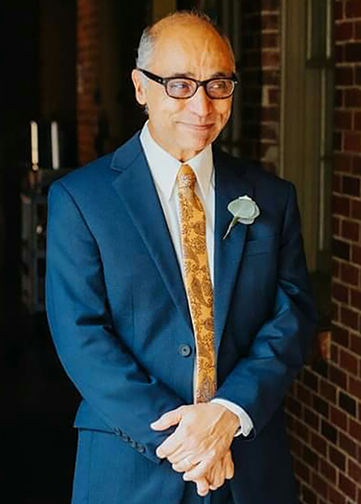 I first met Michael when he married Lana. Lana and I went to college together and I have fond memories of seeing his career advance and watching his children grow up into the amazing young adults they are today. I will always remember his smile and laugh and devotion to his family and friends. When two of my brothers moved to Texas from Washington state and they just “happened” to end up in the same city as Mike and Lana, they were immediately welcomed as extended family members. He will be missed but it is comforting to know of his strong Christian Faith that made him the wonderful person he was and that he is in Heaven. All the Carson family is praying for you and your family.

Michael taught me the importance of service to one’s community. Love you bro!

What a great person, inside and out, and that was Michael Candilorio without a doubt. He was a true Christian by the definition and a fine gentleman to everyone he encountered. Michael, we are going to miss you but we will always keep you in our hearts as a true friend. Lana and family, please accept our condolences and know we are here for you all. May Michael Rest In Peace in the arms of his Savior. God speed.

Lana. I am so sorry for the sudden loss of your husband, Michael. He was an awesome man and will be missed by all who knew him. My condolences to his family. May he R.I.P.

Michael, it was a pleasure knowing you. You were a wonderful husband. Dad and Grand-Dad. You will be missed by all who knew you. R.I.P.

Michael was an awesome man. He loved Lana so much. His son and daughter and new grand-daughter were the light of his life. He was a highly respected Chiropractor in Nederland. Above all, he was a Christion, so I know he is in Heaven now with our Lord and Savior visiting with all his loved ones that were already there.
R.I.P. Michael. It was a sincere pleasure knowing you.

Even though I only met Michael once you could tell he was a very caring and loving person. My prayers are with Lana and her family.

I met Michael when I rented a room in his clinic about 2 years ago. He was supportive & encouraging & loved & respected by his community. Michael lived his family. He was so proud if his new grand daughter & never missed an opportunity to share every new photo of her with everyone.
He was passionate about the Dallas Cowboys,the Astros & PNG football.
I will miss out daily chats & his sense of humor.
He was devoted to his church & was its most ardent supporter.
I will keep his loving family in my thoughts & prayers as they navigate this new normal without Michael.
God said to him…” You are a true Christian & a good Sheppard. Good job Michael.”

Michael became a part of my life when I rented a room in his clinic about 2 yrs ago. I am so blessed to have known Michael. He was always encouraging & supportive. I wish it had been longer. He was loved & admired all who knew him.
I am keeping his wonderful family in my thoughts & prayers during this most difficult time & beyond.
God said you are a true & good man. Good job Michael.

Mike has always been a very special guy to me.he made me fell welcome every time I went to see him.will never forget you buddy I know with your lord

I am very saddened to hear about Michael’s death. He was a very special friend and great man. He will truly be missed by all who knew him.
RIP

My heart is broken for the Candiloro family. Michael will be missed so much. I will miss his warm welcome at church every Saturday and his beautiful smile. Lana you are in my prayers always. May God give you and your family strength for your loss.

Of all the people I’ve known Michael was as good a man that anyone could find. He will be missed very much!…

Dear Lana, my deepest sympathies for you for such a sudden, tragic loss. Your husband has been remembered in my personal prayers and in my prayer group. I continue to pray for you and your family for God’s blessings and comfort. Your Rodeo friend, Cecilia.

May Dr. Candiloro’s soul rest in peace. My condolences to the bereaved family.

My heart is breaking for your loss. Michael was always so pleasant to be around and very hospitable and thoughtful. I know he was a strong man of faith, but so are his wife and children. They will certainly miss him very much, but I also know many people will be grieving his loss and praying for you all…May the Holy Spirit bring you comfort, peace, and consolation in knowing that Michael is with his Lord and Savior, Jesus Christ, and Bl. Mother Mary in heaven…& he is praying for you, too. Love in Christ, Mavis

I am so sorry to hear of Michael’s passing. His kindness touched many people with his kindness and selflessly helped many others. People who were fortunate enough to cross his path were truly blessed. Praying for his soul and for his loved ones.