Michael R. Maness passed away January 1, 2020. He was born in Beaumont, Texas, on December 7, 1942, to Jewel Williams Maness and Roy Maness.

Mike grew up under the oak trees of Old Town Beaumont and school days at Averill Elementary and Dick Dowling. Trinity Methodist Church was a second home as his parents worked to establish the new congregation. At 8 years old he contracted polio and years were spent with every available treatment, numerous operations, and extended months in body casts.  While he would never fully regain the use of his left leg, his bicycle was his ticket to freedom and independence. He peddled across town and to school, all the while wearing his leg braces. During this time there was never a complaint or moment of pity.  Mike changed his focus to what he could do and how he could “run with his mind” wherever he wanted to go.  This characteristic became his strongest asset in a full and long life.

Following graduation from Beaumont High School, Mike was set for education and experiences on his own.  An honor student at Southwestern University in Georgetown, he balanced his time between classes with adventure and camaraderie in his fraternity, Kappa Alpha.  Active in different roles on campus, he served as KA President his senior year. Continuing his education, he studied law for 2 years at the University of Texas Law School.  While in law school his passion for details and design fostered his acceptance into the School of Architecture and he graduated from the University of Texas with a Master of Architecture.  On graduation day he was hired by Tom Livesay, a Beaumont architect with a firm where Mike designed commercial and residential structures for twenty-five years in Southeast Texas. His interest in technology led to privately developed computer systems ahead of his time.  During these years he married Janet Richardson Maness. Jan was relegated to a wheelchair from an accident in her youth, but their partnership gave each other strength and overcame their physical limitations.  Following a vacation to Asheville, North Carolina, they were captivated by the charm and serenity of that community and made the decision to move and begin a life there.  Undeterred by every reason not to leave the family and community they had known, they built their dream home on the mountain side and built friendships that lasted their lifetime.  Mike developed subdivisions, office complexes, and continued projects as an architect and consultant in North Carolina.  After 20 years spent in Asheville, they returned home to Beaumont.

Relying on himself and his interests, Mike asked very little of others and made a life that he could enjoy and determine independently.  He had a quick wit, direct honesty, and appreciation for those with the same attributes.  His approach to the life he wanted was stronger than the physical limitations he endured. Although not bitter nor saddened by the impact polio had on his life, he welcomed the time that would let him walk into heaven stronger and ready for eternity with those he loved.

In lieu of flowers, please donate to the Global Polio Eradication Initiative. Donations made through Rotary International are matched 2:1 by the Bill and Melinda Gates Foundation.  Please visit the website, endpolio.org 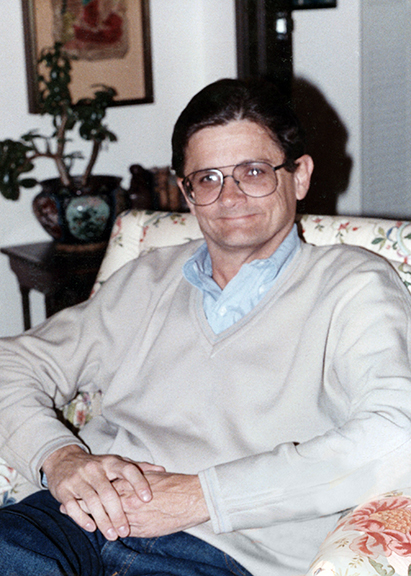 I am so sorry. We are all too young to be going to heaven.

Sweet Mike Maness I haven’t seen him in years but have never forgotten him.. He was always a kind happy guy.. He accepted his limitations gracefully and I never heard him complain.. My thoughts and prayers are with the whole Maness Family.. My tears fell as I remembered all the happy times our two families shared as our fathers started a business together . I know my dad will give Mike a huge hug when he gets up yonder! Love you guys! Susan williams Simmons

Ciao Mike! Another Charter Member of BHS class of 1961 moves on. We shared some fun times growing up in Beaumont, thanks for the memories.

I am so sorry to hear of Mike's death, but still remember his beautiful smile.