Michael worked for the Jefferson County Sheriff’s Department for 26 years where he achieved the rank of Lieutenant. Michael joined the SWAT Team and was designated as SWAT Commander; a title he took great pride in. He retired from the Jefferson County Sheriff’s Department in 2018. Michael then went on to work for the Vidor Police Department. He spent his personal time with his family, fishing, riding his Harley and traveling.

He is preceded in death by his parents; son, Bryan Shaw; and brother, Craig Shaw.

A gathering of Mr. Shaw’s family and friends will begin at 10:00 a.m., with his funeral service to follow at 11:00 a.m., Friday, January 6, 2023, at Broussard’s, 1605 North Major Drive, Beaumont. His cremation arrangements will be handled through Broussard’s Crematorium.

In lieu of flowers, please consider contributions suggested to the family or a donation to St. Jude Children’s Research Hospital, 501 St. Jude Place, Memphis, Tennessee 38105. www.stjude.org An account has also been opened at Neches FCU and you may donate to it by referencing Cortney Shaw. 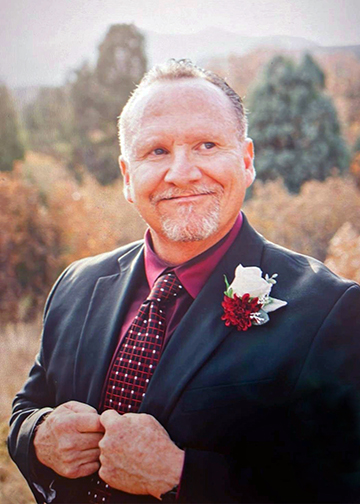 I’m so sorry to hear of the passing of Michael. I will remember him as a boy at Granny Shaw’s place at Christmas. My prayers go out to his family. God bless you all.

Our Love and Prayers to family and friends.
Mike was a shining light for honor and justice in this world,
His love and dedication to God,
Family and our country will always be an inspiration for me. The Lord has prepared a table for our beloved brother Michael Shaw. We Love You Mike and will keep you in our hearts.

I am so sorry for the loss of Mike Shaw. He came from awesome parents & brothers. This really breaks my heart, to know we loss him . RIP Michael Shaw . God bless you all .🙏🙏🙏🙏✝️

Mike was a great guy, and I’m proud to have had him as a friend. We met in the police academy years ago, and it was an honor to serve with him. While I’m saddened to learn of his passing, I’m thankful he was part of my life. I’ll keep his family in thoughts and prayers. RIP, Mike. Godspeed!

RIP my friend. If theres a Swat team up there, I’m sure you’ll be in command of it.