She moved to Beaumont, Texas, where she met Joseph Howard Darby at the movies, where he told the guys “She’s the one for me”. They were married sixty-three years, until his death in 2015.

Myrna was a wife, mother, grandmother, great-grandmother, sister, aunt, and friend. She was a cook and a caregiver for her family and neighbors. She always told her kids and grandkids that she loved them. Myrna never met a stranger. She was devoted to Jesus and the Blessed Mother and the Catholic Church. She was a member of St. Pius X Catholic Church in Beaumont. Myrna loved singing, saying the Rosary, and praying for people in need. Her favorite saying was “Jesus, Jesus, Jesus”.

Survivors include her daughter, Kimberly Darby; son, Ronald Darby and his wife, Sheila; daughter-in-law, Vicky Darby; grandsons, Eric Darby and Jared Darby and his wife, Stephanie; great-grandchildren, Harper Jade Darby and Asher Jude Darby; brother, Aubrey Mercer and his wife, Mary Helen; Doug Staton, who she had great love for and was like another son; and numerous nieces and nephews. 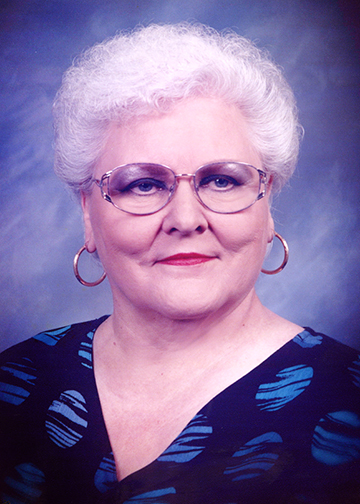 So sorry that this beautiful lady is no longer with us on earth. She is in heaven with Jesus and the angels now. I enjoyed speaking with her over the years and it was a happy time when we met in person some years back. She was my mother’s cousin and will always remember her happy personality whenever I would call her to see how she was doing. My sympathy to all the Darby’s and other family members.
Jill Robinson
San Antonio, Texas

Thank you so much for warm thoughts of mother!

Eternal rest grant unto her Lord and perpetual light shine upon her. Prayers for the family, she was a sweet lady.

Thank you so much for prayers!