Faithfulness, compassion, and authenticity were the hallmarks of the life of Neal Martin Nielsen.  Neal fought many health issues through the years and passed away at home surrounded by his adoring family on May 19, 2022.  He briefly received care from Harbor Hospice.

Neal was born June 15, 1945 and graduated from Thomas Jefferson High School, Port Arthur in 1963. He enlisted in the United States Navy in 1966, served aboard the USS Constitution Aircraft Carrier in Vietnam, was later stationed in Yokosuka, Japan, and received an Honorable Discharge in 1972. Neal proudly wore a cap emblazoned with Vietnam Veteran.

Neal married Jane Sharon Burns in 1971 at St. John the Divine Episcopal Church, Houston.  The young couple moved to Port Arthur where they lived until their home was destroyed by Hurricane Harvey, after which they moved to Beaumont in 2018. Neal and Jane joyfully celebrated their 50th Wedding Anniversary in 2021 by renewing their wedding vows.

Neal graduated with a Bachelor of Business Administration in General Business from Lamar University in 1978 and worked at Nielsen’s Office Supplies and Gifts in Downtown Port Arthur, Texas Employment Commission, Area Agency on Aging, Vocational Support Services, and Social Systems. He became a licensed social worker in 1994 and worked as an Investigator for Child Protective Services from which he retired in 2010.  Neal believed that his work with child protection was his vocation and he prayed daily over the case files of his assigned children; he prayed for the children, their families, and all who would be part of their journeys. When Neal retired, he continued his work with foster children as a Court Appointed Special Advocate (CASA) appointed by the judge to be the children’s voice in court.

Through the years he was dedicated to serving his community through the Port Arthur Kiwanis Club, Port Arthur Little Theater; Port Arthur Computer Club; and was one of the first male members of the Quota Club of Southeast Texas. Neal became an active member and supporter of Camp Fire, Inc. and, most notably, advocated and supported the formation of a church sponsored community club benefitting low-income families.

Neal was a devout Episcopalian and was a dedicated member of St. Mark’s Episcopal Church, Beaumont, in his later years, and St. George’s in Port Arthur in his earlier years.  He was a Lay Eucharistic Visitor, cashier at St. Mark’s Treasure House, and was a greeter for the church’s Friday Morning Ministry to the homeless.  Neal remained an active part of the Cursillo Ministry in the Diocese of Texas for almost four decades and he served on the Secretariat (the governing body) for several terms.  Neal served on many Cursillo teams, both publicly and behind-the-scenes.

While his involvement in the community and church were substantial, nothing was more important to Neal than his family. Quietly supporting the endeavors of Jane, daughter Janeal, and grandson Cree always held priority for his time and attention. Even as his health declined, he continued to love his family’s weekly movie nights and enjoyed learning how to play Dungeons and Dragons from his grandson during family game nights.  He was immensely proud of his family especially his daughter, Janeal, who received her doctorate in social work the day after Neal passed away.

A memorial service for Mr. Nielsen will be at 11:00 a.m., Saturday, May 28, 2022, at St. Mark’s Episcopal Church, 680 Calder Avenue, Beaumont. His ennichment will follow at St. Mark’s Columbarium under the direction of Broussard’s, 1605 North Major Drive, Beaumont.

In lieu of flowers, the family requests that memorial donations be made for the Friday Morning Ministry at St. Mark’s Episcopal Church in Beaumont. 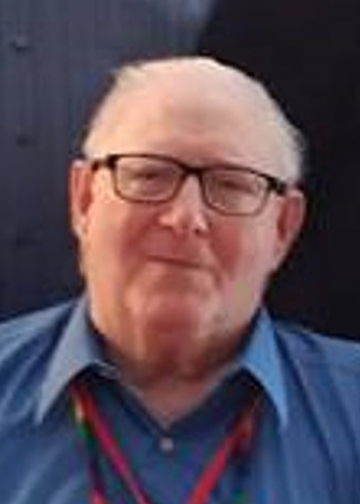 Neal was always so kind and caring. After all his good deeds on Earth, may his soul rest in peace. Prayers for Jane and the family.

Jane & Janeal, I am so sorry for your loss. Neal was a very kind and sweet man. He always had a good word for me. I know you will miss him but how blessed you were to have had him in your life and how blessed I was to know him. Know that you are in my thoughts and my prayers. May wonderful memories soon replace the sadness you are now experiencing. May you feel God’s presence with you now and always. Paula O’Neal

Martin is associated with happy memories of mine. As students at Lamar in the early 1960’s, he and I were part of a circle who attended services at St. Matthew’s Church and participated in activities at Canterbury, the Episcopal Student Center. We were a close-knit group. I am saddened to read of Martin’s passing. Please accept my condolences in your loss.