Mike was raised in Gilchrist, Texas, and graduated from High Island High School in 1958. He then married his beloved wife, Deanna Chatagnier Kirkpatrick on March 22, 2016. He enjoyed his time after retiring working for Swedes, doing a little surf fishing, flounder fishing, barbequing, and spending time with his family and life-long friend, Lee Eubanks.

Mike served in the United States Army from 1962 to 1964 and was a fifty-year member of the Local 211 Pipefitters in Houston. He worked for the Texas Crab Festival for many years. Mike was past president of the Crystal Beach Cemetery and past president of the Emerald Beach Property Owners Association. He was a former member of First Baptist Church in Gilchrist,  and member of First Methodist Church in Crystal Beach.

A gathering of Mr. Kirkpatrick’s family and friends will begin at 1:00 p.m., with his funeral service at 2:00 p.m., Saturday, January 23, 2020, at Bay Vue United Methodist Church, 1411 State Highway 87, Crystal Beach. His interment will follow at High Island Cemetery, High Island, under the direction of Broussard’s, 2000 McFaddin Avenue, Beaumont. 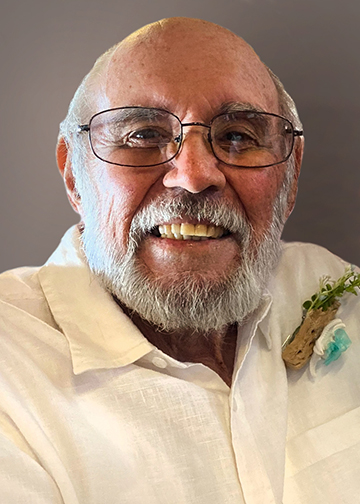 My thoughts and prayers are with you family.

Heartfelt prayers from James and I to your family Deanna. Mike was a compassionate and kind man who dedicated his life to the peninsula where he grew up. Honored to know him and so proud that he found you to share his life. He will be missed by all that knew him. His place now is with our Lord and Savior. God be with all of you at this difficult time.

Deanna, so sorry to hear of Mike’s passing. Knew him for many years. Such a great guy. Thoughts and prayers for you.

Sorry about your loss. We thought the world of Mike. Our, hearts go out all the family. His best friend was my dad John N Hilbun and neighbors for so many years. He love all the Hilbun girls and enjoyed living by dad, and going fishing with him. Rest in peace my friend Lana Hilbun Lucas

God Bless This Man. Mike you will be missed terribly. Thank you for loving my Mother and making her laugh every day! There is a big void in our lives where you once were. Put a good word in for us Mike! We love you!