Orlando Hector Cantu, 61, of Beaumont, died Wednesday, March 16, 2022, at Christus St. Elizabeth Hospital, Beaumont. He was born April 8, 1960, in Lubbock, Texas, to Amparo Arauza Cantu and Samuel Rejino Cantu. Orlando was the former mayor of Rose City and he obtained his electronic degree from Lamar University.

There will be a gathering of Mr. Cantu’s family and friends beginning at 10:00 a.m., with his funeral service at 11:00 a.m., Friday, March 25, 2022, at The Apostolic Church of Beaumont, 3333 Eastex Freeway #7948, Beaumont, under the direction of Broussard’s, 1605 North Major Drive, Beaumont. His committal will be held at Broussard’s Crematorium.

Memorial contributions can be made to the American Kidney Foundation, 11921 Rockville Pike, Suite 300, Rockville, Maryland 20852. 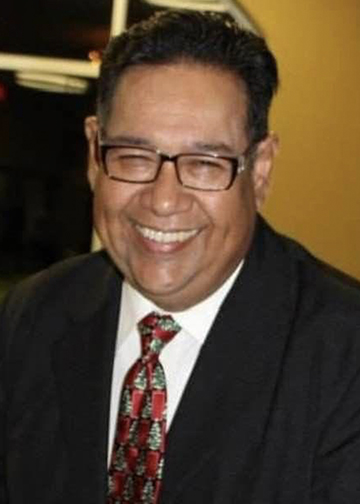 Sorry to hear that but he’s in heaven ahead of us and not sufferring now.
Just be strong family and keep living a blessed life. God bless y’all
Love Ricardo and Aurora Ferrer