O.L. was a devoted member of Memorial Church of Christ, Port Arthur, Texas. He was faithful in service attendance until March of 2020 when Covid hit the United States. Though, he continued to worship our Lord via his church’s streaming service at his daughter’s home until shortly before he passed.

O.L. graduated Salutatorian in 1945 from Corsicana High School and until a few short years ago he could still recite his speech for the graduation ceremony. He started college at Texas A&M shortly after graduating where he worked towards a degree in Industrial Education. Three years later, on December 20, 1948, O.L. married his sweetheart, Wanda Latrice Tucker, and they shared a sixty-three-year marriage. Together they raised two children, Michael and Teresa. O.L. went on to graduate from Texas A&M in 1949 after serving his country in the United States Navy. He later earned his master’s degree in Industrial Education, the field in which he had gotten his first degree.

The people of Port Arthur, Texas came to know O.L. in 1975 when he moved to Port Neches, Texas with his family. During his local tenure, he was the District Vice President of the Gulf Coast District of Southern Union Gas. He was an active civic industry worker and served on various committees and boards of directors and Chamber of Commerce boards. He also held offices and served on committees of industry groups and was an active member of various associations. Prior to being promoted to Vice President and being transferred to Dallas, Texas in 1979, he worked tirelessly to help the citizens of Port Arthur and Southeast Texas have a nice community to live.

O.L. was later promoted, once again, and was transferred from Dallas, Texas to Albuquerque, New Mexico to oversee the Gas Company of New Mexico as it transitioned into the Public Utilities Company of New Mexico. In January of 1986, after thirty-two years of service, O.L. retired as Senior Vice President. He and his wife began working on their own ranch that was once his grandfathers and had been in the family for more than one hundred years. In 2002 they sold the ranch and moved to Nederland, Texas where they built their home and remained until they both passed from this life.

O.L. was a kind, considerate, generous man who loved his God and loved his family. He was described as a true Texas gentleman. He was serious about life, but he always made time to laugh and play with his children and grandchildren. He will be sorely missed by his family and friends.

He is preceded in death by his parents, Bettie “Munner” and Otha “GanGan” Slaughter; sister, Francis James and her husband, Dick; his lovely wife, Wanda Latrice Slaughter, and their daughter who passed away in 1953, Linda Ann.

A graveside service for Mr. Slaughter was held at Memory Gardens of Jefferson County, Nederland, under the direction of Broussard’s, 505 North 12th Street, Nederland. 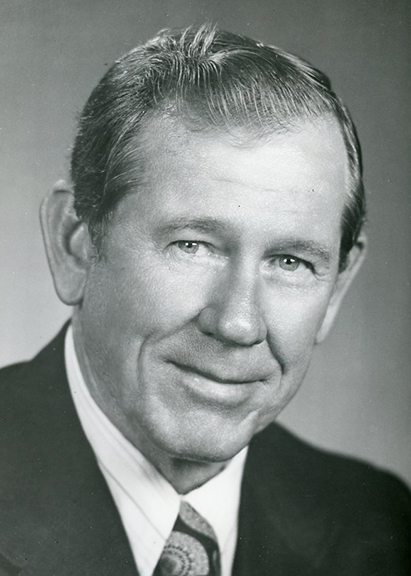