Patricia “Pat” Klumpp, 82, of Bevil Oaks, died Saturday, August 28, 2021, at Harbor Hospice, Beaumont. She was born on July 18, 1939, to Cora Mae Revier Chasteen and Marvin E. Chasteen, in Cleburne, Texas. After graduating from High School in 1957, she attended Sam Houston State Teacher’s College; Lamar State College; and Texas A & I, where she met Dennis at the Baptist Student Union. They married on September 16, 1961, and moved to Beaumont in January of 1962. She put her life into raising her family rather than working outside of the home. She did, however work for many years in the nursery of the church of which she has been a member for 50 years, where she was known affectionately as Mrs. Pat. Known for her sweet caring nature, she rocked, fed, changed, and read and sung to, many children over the years.

She is preceded in death by her parents and brother, Jerry Chasteen.

A gathering of Mrs. Klumpp’s family and friends will begin at 5:00 p.m., with her funeral service to follow at 6:00 p.m., Thursday, September 2, 2021, at Broussard’s, 1605 North Major Drive, Beaumont. Her cremation arrangements will be handled through Broussard’s Crematorium. 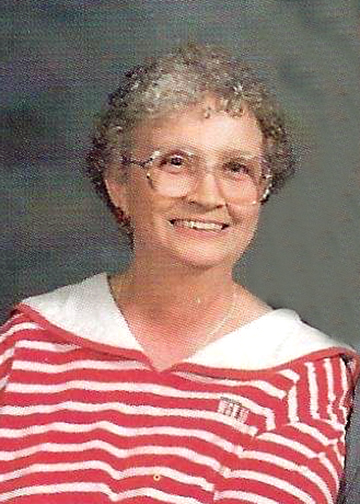 Dennis, We were so saddened to hear about Pat. We have so many precious memories with the two of you. Pat never cared how many people you invited over to the house she always had a beautiful smile and a hug for all. Playing 42 with y’all was one of my favorite memories! She will be missed by us all. Love you forever Dennis and praying for you in the days ahead. Carol and Kevin

My best memories of Pat was how much she loved the children. She always had good things to say about each one.
Good and faithful servant, now with Her Lord.

Dennis, we are so sorry about Mrs Pat. She was always so sweet. I will miss my hugs and kisses. We will all see her later.

Mrs Pat was a lovely, gentle person who read every book in the church library. She would just laugh when we would tease her about her love of books. I never saw Pat other than sweet, kind, and soft spoken. She loved her church and never missed an opportunity to serve her Lord. She has now seen Him and resting in His arms.

Dennis and family. I am so sorry for your loss. Pat was one of the most precious ladies that I knew. A gentle and kind soul. She was welcomed in to heaven with “well done good and faithful servant “. Praying that sweet memories bring you comfort in the days ahead. Love Patti