Patsy will be remembered as a devout Christian and woman of God; a loving and dedicated wife; a committed, supportive, and loving mother to her daughters; and a proud grandmother to her four grandchildren and great-grandchild.

Patsy lived a full life growing up in Okmulgee, where she enjoyed her childhood with close sister Gail and ever-present big brother Bill. After high school, she moved to Tulsa where she supported herself as a secretary with a large insurance company until she met and married the love of her life, Harold B. Halcomb. He proposed over a supper of fried potatoes.

As a preacher’s wife she was dedicated to standing by her husband’s side during his ministry. She eventually obtained an associate degree from Southwestern Baptist Theological Seminary in Dallas, where the couple welcomed their first of two daughters.

The young family moved from church to church for a few years, ministering to congregations in Oklahoma, Texas, and Mississippi, until they settled at North End Baptist Church in Beaumont in the early 1970s. Patsy taught Sunday school and participated in numerous church activities. In their spare time, she would accompany her husband on “bottle digging” trips to Vicksburg, Mississippi, where they amassed thousands of antique bottles.

Patsy was full of life! She loved to cook big family meals for the holidays and relished the time everyone could be together. She enjoyed playing piano, singing Baptist hymns and leading Bible studies as a devoted pastor’s wife. She also enjoyed shopping, going to Gaither’s concerts, road trips and watching “her” Astros. During her time at North End Baptist Church, she would prepare beautiful dinner parties for the deacons and their wives, elegantly setting her table with her fine china and silverware. Her fried chicken was famous and enjoyed by her daughters on every birthday.

After retirement, they built their dream home in Lake Jackson, where they enjoyed their last years together on Shy Pond and joined First Baptist Church of Lake Jackson. She enjoyed hosting family dinners, slumber parties, holiday get-togethers, and taking vacations around the United States until Bro. Harold became terminally ill. Patsy lovingly and with patience took care of him until he passed in 2001.

After his passing, Patsy continued to collect antiques and organize the old bottles which kept her busy. She was cared for primarily by her eldest daughter, Teri, who lived seven houses down the street. After a prolonged hospital stay in April 2019, Patsy moved to Elmcroft of Lake Jackson, an assisted living facility, where she found new purpose in life and was well known for her humor, friendliness, and ability to win at bingo.

We, as a family, would like to thank Elmcroft Senior Living and all of the wonderful staff who cared for Mom for the last two and a half years.

A gathering of Mrs. Halcomb’s family and friends will begin at 1:00 p.m., with her funeral service to follow at 2:00 p.m., Thursday, September 30, 2021, at Broussard’s, 1605 North Major Drive, Beaumont. Her interment will follow at Forest Lawn Memorial Park, Beaumont. 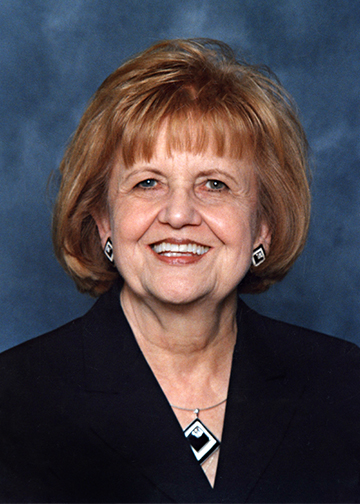 Mama I loved you so much and I will miss our daily conversations!! Omg what will I do without you…

I had the pleasure of taking care of her lawn at her home on shy pond. Always loved to talk with her , I knew from the first time I met her she is a special person, so sorry for your loss.

Teri and Tina, you were blessed to have such a precious mother. Pat was beautiful inside and out. She always looked pretty. She was so dedicated to both of you and Bro. Harold.
I loved her laughter she shared during happy times and remember her loving understanding when times were hard.
May God comfort you and your families during these hurting times.
Love and prayers,
Sue Rowe

Remembering your family in your loss. Your mom was a beautiful, gracious lady. She was such a wonderful Bible teacher, and she was truly an inspiration to me and everyone who knew her.

Praying for your family with love.

Terry and Tina, I am so sorry for your loss. Chip and I have so many wonderful memories of your mom and dad. They were very special to us.

Teri and Tina,
We are so sorry to hear about the loss of your mother. Wanda and I will be praying for you and your families during the days ahead.

Much love,
Phil and Wanda