Paul Frederick Thames went to his heavenly home January 19, 2022 after a short illness. He was born on December 22, 1937 to Helen Price Lee and Travis Thames Jr. He was preceded in death by his parents and his daughter in law, Winona “Sissy” Thames.  A life long resident of Beaumont, he graduated from South Park High School in 1957 and attended Lamar University and in 1975 graduated from Texas A&M.

Paul was a carpenter by trade. He worked at DuPont for 11 years. Then he taught in BISD as the building trades instructor where they built houses using several trades. Later, Paul became the administrator of the Carpenter Apprenticeship Program where he continued to work for 25 years.  After retiring, he decided to go back and teach wood shop at West Brook for another 12 years.  He enjoyed teaching his students.

Paul was an avid gardener. He grew tomatoes commercially in greenhouses for several years.  He enjoyed trying different varieties of seeds to see how they would grow.  He liked to share his produce and knowledge of gardening with his family,  friends and neighbors. Paul also loved to cook and preserve the bounty from his garden. He loved deer hunting with his son, Paul Fred and his grandson Travis.  Paul liked to fish and spent many hours on the lake with his son, Scott and grandsons, Cordell and Hunter.

While at South Park High School, Paul played on the Greenies football team as the center and developed a life long love of football.  He watched his sons play football while in Jr. High and High School, enjoyed college football and loved the Dallas Cowboys. When the Cowboys were on, he was watching.

In lieu of flowers, memorial contributions may be made to your favorite charity. 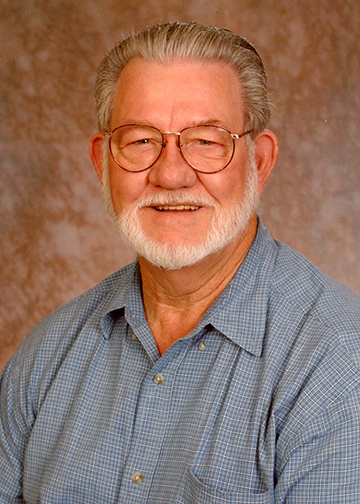 GOD Bless, Rest In Peace and Comfort to All.
With Love and Memories.
Joe

Remarkable people challenge and inspire. They show what is possible when talent meets discipline. Truly remarkable people make a deep and lasting impression. They change the world, just by being themselves.

That was the Paul Thames I knew.

He was never limited by fear.

Remarkable people feel fear, but they recognize this as an internal barrier rather than an absolute limit. An internal impulse, greater even than fear, drives them.

The Paul Thames I knew had strong values.

It may be a passion for justice, or a commitment to truth. Remarkable people, like Paul Thames overcome limiting factors by pursuing what they value most. It’s as if they have an internal compass that forever points them in the direction they must go.

The Paul Thames I knew had a sense of purpose.

Remarkable people, like Paul Thames, know that they are here for a reason—and not just any reason. Their lives are not lived in a haphazard way. They are determined to accomplish something in the time that they have, and they can tell you exactly what it is.

The Paul Thames I knew had that ability to connect with others.

Remarkable people, like Paul Thames, cut through small-talk. Their passion and energy comes through, even in casual conversation. They are good listeners. They have a range on interests and experience that enables them to connect with a wide variety of people.

Remarkable people, like Paul Thames, have setbacks. They make mistakes. Things don’t always work out as planned. But while some people would see these unpleasant events as failures, remarkable people see them as a necessary component of their life’s work. As a result, they are undaunted where others might conclude that the way forward is impossible.

The Paul Thames I knew didn’t recognize the word “impossible”

Remarkable people, like Paul Thames, have a mental attitude that says “I can.” They know that changing society is a matter of human will, and that very few things are written in stone. They don’t accept the rationalizations and objections which are placed in the way of change. They know that human will can sweep away the obstacles, and they live their lives as if to prove it.

The Paul Thames I always knew had that ability on how to make a deep and lasting impression. He changed the world , just by being Paul Thames.

Paul Thames was a most remarkable man………….and a friend of mine.

Paul, how helpful you and your students were by building little accessories for our FCCLA competitions! You said what you meant and meant what you said. Your garden and seed collection was amazing for the limited growing space. You made the world around you better and we were all better because of you! You will be missed! Rest In Peace, Paul!

Love you, Daddy. Forever with me. Love, Baby Girl, your “boy”, Tiff