Paulette Fay Rogers, born in High Island, TX to Lawrence and Pauline Broussard on January 25, 1948. She was a lifelong resident of Vidor, TX. She had two children David Wayne Rogers and Paula Lawry Worthy. Most people that met her knew her as “Gammy”. She devoted her life to her God, and attended the First United Methodist Church of Vidor, TX. Where she created a bond with the members of that church that would blossom into a second family and home. There is where she found her love for quilting. She joined the quilting club where she made quilts for multiple charities, organizations, and family members. She attended a yearly quilting retreat where the quilting club went and solely focused on the work, they were creating for the lives they touched. She taught a Sunday school class and was a member of the choir as well. When she wasn’t spending time at her church, she spent copious amounts of time with her daughter, Paula. They often spent time reliving memories, telling jokes, and driving each other up the wall. Both as well bullied her son-in-law, Larry. During the summer days, she would spend some weekends at the lake with her family, but most were spent, time and money wise, at Joann’s, Hobby Lobby, and Michael’s. Ensuring that she had the things she needed for her sewing and quilting projects. On her quiet days, she spent at home with her beloved pet, Pepper. Where he would follow her everywhere she went. She would spend hours in her personal sewing room, that was filled to the ceiling of various fabrics and sewing materials. She also enjoyed sitting in her recliner, Pepper in his, and both of them watching The Big Bang Theory. For her immediate family, she was often referred to as their “direct line to Jesus”, where they would come and bear their burdens to her in hopes to receive the wisdom that she has acquired over the years of her life here on Earth.

She was preceded in death by her parents Lawrence and Pauline Broussard, and her only brother Larry Broussard.

She is survived by her daughter and son-in-law Larry and Paula Worthy, her son and daughter-in-law David and Laurie Rogers. Twelve grandchildren, and twenty-seven great-grandchildren.

A celebration of life for Mrs. Worthy and Mrs. Rogers will be 10:00 a.m., Saturday, September 25, 2021, at First United Methodist Church, 501 N. Main Street, Vidor. Cremation arrangements were handled through Broussard’s Crematorium, under the direction of Broussard’s, 2000 McFaddin Avenue, Beaumont. 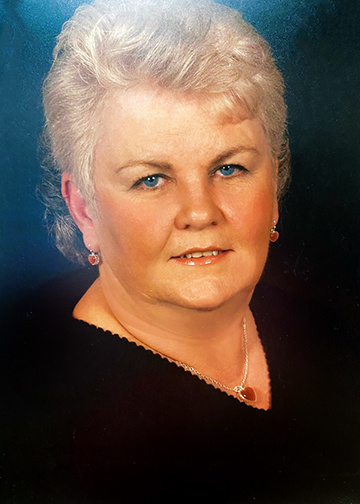 Paulette was the sweetest dearest person I have ever known and loved. She is my first cousin and will always be special to me. My heart is broken for the loss of her and sweet Paula.. Paula always had a smile on her face and she loved her family so. I will miss you girls so much. Love you, Carolyn