Peter C. Isaac, MD, MBA, FCAP, 79, died peacefully in his sleep surrounded by family and friends. He is remembered as a man with a myriad of interests who possessed the passion and drive to master them all: physician, entrepreneur, violinist, historian, patriot, woodworker, fisherman, professor, friend, brother, and father.

He was born the oldest son of Khoshaba Joseph and Rachel Jane Isaac in Flint, Michigan on July 9, 1942. He was commissioned as a 2nd Lieutenant in the United States Air Force, achieved the rank of Major, and was Honorably Discharged in 1966. Dr. Isaac graduated from University of Michigan Medical School in 1968 and completed his residency in Anatomic and Clinical Pathology at the University of Michigan Medical Center in Ann Arbor, Michigan in 1973.

A resident of Beaumont, Texas since 1975, he was the founder, owner, and director of East Texas Pathology in Beaumont.  He became a Commissioned Officer in the Army Reserve serving as the Chief of Laboratory Services in the 4005th U.S. Army Reserve Hospital in Houston, Texas.  He was promoted to the rank of Colonel, served as Commander of the 4005th U.S. Army Hospital from 1991 to 1994, and was Honorably Discharged in 1994.  He obtained a Masters in Business Administration from Lamar University in Beaumont, Texas in 1999 and was a member of Beta Gamma Sigma Honor Society for Collegiate Schools of Business Lamar Chapter.

Dr. Isaac is survived by his daughter, Meredith Isaac Wells, of Falls Church, Virginia and his brother, John Saul Isaac, of Burton, Michigan.

At Peter’s request, there will be no funeral or memorial service. Instead, he asked that friends and loved ones pursue their interests with passion.

Cremation arrangements were handled through Broussard’s Crematorium, under the direction of Broussard’s, 1605 North Major Drive, Beaumont. 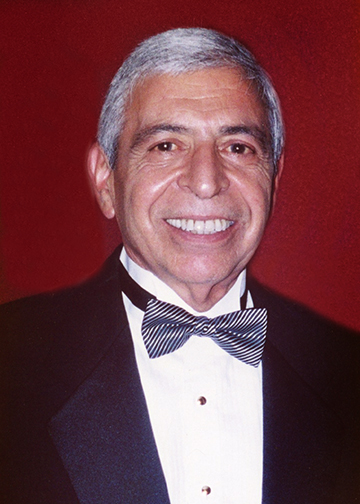 Dr. Pete,
Thank you for opening my world to the uniqueness of natural yogurt, to the beauty of evocative music from the Baroque to the Oud, and finally, but most importantly, to the need for compassionate health care.
Rest in eternal peace, Peter.

Peter was such a wonderful person. He was my friend and mentor. I will always be grateful to him for his support when I was in nursing school. He gave me my graduation party in 2007 and it was an amazing day. I loved being able to just drop by and chat with him and Wanda. He always had a great attitude about life. He was kind and generous and did everything with a lot of passion. He loved cooking too. He loved to teaching as well. He would play chess with my youngest daughter, Rachel. He had a life well lived. RIP my friend.

As a fellow Assyrian veteran I am extremely proud to have known you. Thank you for your service and being a wonderful person. We are grateful to call you family.

I had been Peter’s patient since 1975, until he founded a new business, but we were always friends. What a marvelous guy he was. I will miss him.

My heartfelt sympathy to all those who knew and loved Peter & especially to the love of his life Wanda Flannagan. Peter & Wanda were devoted companions for over 19 years. Wanda you will remain in my prayers as you begin this journey without your beloved Peter. May God bless and comfort you in your sorrow.

Thank you for being my friend. Thank you for helping me through my life. It was a blessing and honor to have known you.

A great friend. A man of many talents. Peter will be missed by all who knew him. My heartfel sympathy goes to his family. May he rest in peace.
Minnie Lindsey

Super guy… we would see each other at Nautilus & other work out places. Told me if I ever needed anything to come see him.
RIP Doc Prayers for your son & daughter

Peter was a great man and a good friend to all. He had many interests and talents. Peter enjoyed entertaining and welcomed everyone into his home. Peter loved the holidays and treated all of his guests like “family”. He had a quirky, dry sense of humor and was fascinating, kind, well traveled and intelligent. Peter was an old fashioned gentlemen with an abundance of knowledge that he enjoyed sharing, Often times with a wink and a quick smile.. He was generous, spoke many different languages and loved good food, good wine and good company. Rest In Peace, Peter. You will be missed.

This breaks my heart. I love you Uncle Peter, you were the best. May eternal life bring you the comfort and happiness you so deserve.
Love, “Little Steph”

I worked for PCI at the lab for almost 10 years. He was an incredible human. He taught me so much…every time with patience and catering to how I learned. That’s just who he was. He loved October and Halloween. I will dearly miss his kindness, sometimes dark humor, and giving him a hard time about how high he wore his pants. Deepest condolences to daughter Meredith and Pam Meador.

I (we) have known Pete for 40 plus years . This gentleman was a true friend. he never approached you without a smile on his face. Pete was a man who always offered to help without being asked and never expected anything in return. Last time I spoke with him , he was in the hospital. He said ” Don’t worry about me Buddy. This is just something that has to be done. I kicked it’s Butt before, I will kick it’s Butt again”. I told him we loved him and he said I Love You back to me. Our Lord had a bigger plan for Pete. He is home now and I hope he saves me a seat so we can catch up when I get there. God bless you my friend . You did a great job while on this Earth .
Welcome Home.

RIP Peter–You were a great friend to myself & Jim. My condolences to all of your family.

Prayers and deepest sympathy to his devoted companion, Wanda Flannagan, her daughter Amanda & to The Isaac Family. Our hearts go out to all of you in your time of sorrow. We will always hold fond memories of your visit to our South Carolina home.

He was the sweetest man. We used to run into him at the gym and have brief visits with him. This man sure loved his mother. He would tell us about him and his mom drinking wine and enjoying each others company. He will be missed.

Thank you COL Issac, for being my Commander & Friend. You were the best.

I hope he knew what an impact he had on those that knew and loved him. He was certainly a monumental part of my life. Never to be forgotten.

Ur right about the impact!!! Beautifully said Kim.

My condolences to Peter’s family and Pam. I enjoyed being under his command and knew him to be a wonderful person. I think of him often. Rest In Peace Sir!

Rest In Peace Peter. Love you. Thanks for the love and support you and Pam showed Mom and Dad over the many years. Prayers for entire family!

So sorry to hear this. My love to you Meredith. Sweet memories!

Its been such a Privilege to have known Peter. We are going to miss him terribly. Condolences to the family and friends.

We have known Peter for some 40 years. Always enjoyed our conversations over the phone and in person, both academically and personally thru the years. He was always instant in his concern and help when anyone needed it. So many owe him so much. He was a scholar and a gentleman of the first class. We have lost, for a short time, a beloved member of our family. Our thoughts and prayers are sent to all.

I had the honor of spending time with Peter over a recent Thanksgiving with Peter and his love Ann. I impressed me as a intelligent and thoughtful man. He will be missed. My heart aches for Ann.

I had the honor of spending time with Peter over a recent Thanksgivings with Peter and his love Ann. I impressed me as a intelligent and thoughtful man. He will be missed. My heart aches for Ann.

Peter was a wonderful person and we will miss you so much! We send our condolences to His daughter , his beloved friends Wanda Flanagan, and Pam Metor. So sorry for the deep loss we know that you feel .please let us know if there is anything we can do for you – Love you all so much!