Pierre Legé was born on July 27, 1940, in Wright, LA, to Leonce Legé, Sr, and Polita Bertrand Legé, and entered into eternal rest on September 11, 2021, at the age of 81.  Pierre started school in Gueydan, LA.  In the ninth grade the family moved to Winnie, TX, and Pierre attended school at East Chambers, where he graduated in 1959. He married Celanie Richard the following year.  This marriage was blessed with two sons, Tony and Ken Legé.  Their beloved son, Tony Legé, passed away at the age of 25 in 1987. Pierre and Celanie were married nearly 45 years when she passed away in 2005.

Pierre worked at Goodyear Chemical Plant in Beaumont, TX, where he was a master mechanic.  He always said it was the best job he ever had.  He retired in 1998 after 38 years with the company.

Pierre was the epitome of the word “caregiver.” He took care of so many people during his life. He took care of his beloved wife Celanie and both sets of their parents while working a full-time job at Goodyear.  During his retirement, he devoted much of his time visiting the sick, elderly, and shut-ins to show them compassion and offer them encouragement.

He was an active supporter of the East Chambers agriculture programs, and many times he would raise or provide funds for projects at the barn for those students whose animals did not make the sale at the show. For years, he ran 50 head of mamma cows while working full time and continuing to take care of others.  He was also active in the Independent Cattlemen’s Association.

Pierre supported his family in every aspect of life and was so proud of each and every one of them. He was a real-life example of what it means to show unconditional love.  He was a friend to so many and certainly kept all of us smiling and laughing.

Pierre was instrumental in founding the Winnie Stowell Hospital District and even helped to write their by-laws. He was committed to the success of Winnie Hospital. When a gazebo was planned for The Arboretum, Pierre was there to help raise the money to make it a reality.

He was a faithful member of St. Louis Catholic Church from the time his family moved to Winnie until his passing.  Through the years he participated in many ministries including Lector, Parish Council, Maintenance, Eucharistic Minister and Usher.

In 2006 He married Brenda Kiker and they have actively worked together for the Society of St. Vincent de Paul.

His family is very grateful to the many doctors, nurses, Kindred Hospice workers, and other caregivers who so diligently gave their time and attention to his care over the duration of his illness. 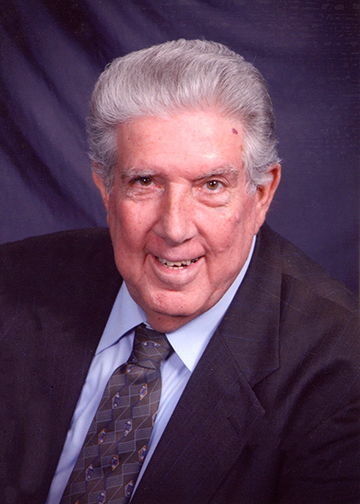 Pierre Lege was a wise grandfather to have been blessed with in the time that I knew him. I found myself feeling sad and happy at the same time when I heard of his passing. Happy because he finally reached the thing he devoted his life to and his reunion with Celanie in heaven. I remember as a kid, we would drive 8 hours to go see my grandparents. My favorite part of the trip I would look forward to was riding his tractors and 5 wheelers and also shooting his rifles and shotguns and BB guns that he had. I love you grandfather. I wish I had more time with you.

Brenda and family I am sorry for your loss. Pierre will be dearly missed by all who knew him. He was a blessing to everyone with his jokes and his smile no matter how much pain he was in, he always had that smile and said all was well. Love you Brenda . Take care and know that GOD loves you too.

Pierre was the most caring person and role model I ever met. He was the kind of person when you knew him you felt he surely had a place in Heaven. Sending my prayers to his family

He was one of the very best and will be sorely missed.

I just heard about the loss of this precious friend and am so sad to hear this but know he is at peace with no more tears or pain!
My condolences goes to all his family that are grieving his loss as is many of his friends and neighbors! RIP my friend!

Dear Brenda and Family,
I can proudly say that Pierre was a dear friend.
I worked with him at Goodyear for several years. We were on the same crew for a while and we told stories in French as well as give nick names to supervision and other employees but only for fun. He was a leader in our little community. He helped any time that someone needed it. Rest Easy Brother!

What a tribute to Pierre in this obituary. I often think of the many times he led the rosary at other people’s funerals and how he visited Nanan Jean and others all around Winnie, and of course at the Arboretum. He was a good man and an all-around good person. There is a special place in Heaven for him.” I know God is saying, “Well done, my faithful servant.” You are all in my thoughts and prayers. Love to all.

Our thoughts and prayers are with all of the family. Pierre was a very kind, loving and giving man. He will be missed by many. Fly high our friend until we meet again!

Prayers for the family. May God bless all the family. Rest in peace Mr Lege’. You will be missed. Vanessa and Mike Revia

My thoughts and prayers are with the Lege’ family for their lost of Pierre.

So sorry for your loss. Pierre was a good person. Prayers 🙏🙏🙏

Pierre has always been one of the kindest and easy going people I’ve ever known and he will be so missed. Our family (my mom, Rena Bertrand Bagesse,) and all of our family loved him (Shirley, Willie Bertrand and my grandparents Willie Sr and Felicia Bertrand) thought the world of him. Many prayers for everyone.

Our Sincere Condolences to the Family of Mr.Pierre. The perfect description of a Gentleman. He was loved by many, and will be missed by many.

Our thoughts and prayers are with you and your family during your time of sorrow. Pierre was such a nice person. He always had a smile on his face when he greeted you. Prayers and Blessings, Suzie and Kenny Ortego

Brenda and family, we are so sorry for your loss. It is also a big loss for the community. He was a kind and generous man. Now he is no longer in pain. RIP Pierre.

So sorry to hear of his passing our prayers are with the family. Ike and patty Revia

We will sure miss Pierre. Such a wonderful man. Celebrating that he is no longer in pain and is reunited with his family and friends that went before him. I know it was a joyful reunion.