Ralph graduated in 1944 from Austin High School in Houston, and in 1948 from Texas A&M University where he served in the Corps of Cadets, and received a bachelor’s degree in Civil Engineering.  During the Korean War, he served as a cartographer with the US Air Force stationed in St. Louis, MO, and was honorably discharged with a rank of 1st Lieutenant.

He enjoyed a long and interesting career as a Civil Engineer, Surveyor and Pipeliner with Gulf Oil Pipeline Company.  Amongst his many engineering projects was Colonial Pipeline which extends from the Northeastern U.S. to Texas, as well as the Trans Andean Pipeline which extends from the Amazon Basin over the Andes Mountains to the southern coast of Colombia.  While working in Colombia, Ralph acted as consultant for a parallel pipeline in Equador.  He additionally managed pipeline operations in Venezuela.

Ralph enjoyed many hobbies, including travel to many locations within the U.S. and around the world.  Activities included A&M football and other sports, hunting, fishing, golf, dancing, and avid reading.  A loving husband and father, he enjoyed spending time with his family, and walking through the woods at the old Lunsford farmstead in East Texas.

The family would like to extend a special “thank you” to Christus Southeast Texas – St. Elizabeth Hospital, as well as Harbor Hospice House, both in Beaumont.  In lieu of flowers, memorial donations may be made to St. Andrew’s Presbyterian Church or Harbor Hospice House. 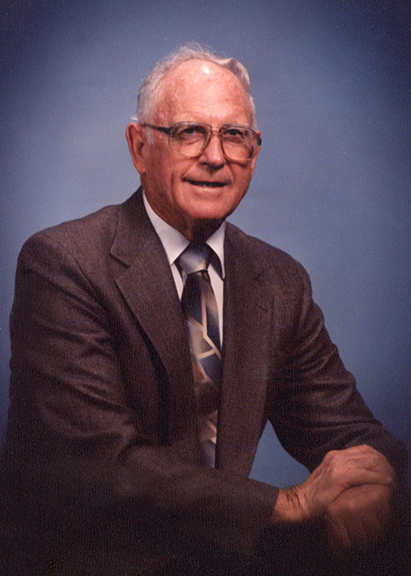 A Gathering of Mr. Lunsford's Family and Friends

A Gathering of Mr. Lunsford's Family and Friends

Ralph and our dad, Lee Koch were friends. My Dad thought very highly of Ralph and valued his friendship- they visited together just days before Dad died and it warmed my heart to see their exchange-two wonderful men. My deepest condolences.

I really liked Ralph. I am very sorry for his family’s loss. He did talk about his family a lot. I know he loved you very much. He enjoyed visiting with you and having you visit him. I did not know Mary very well but I do remember when she died. I did know Ralph and Louise though. They befriended my husband and I. They invited us to square dancing. We did not complete the first lessons but we did the second ones and joined their club. It was sad when Mary died and when Louise died. Ralph invited us to some other things also. I know he loved A&M also. Your dad, granddad, great grandad and whatever else he was to you was a great man. I enjoyed going to St Andrew’s with him for many years. And sitting near him. Ralph will be dearly missed. I know he is well and in a better place. Prayers for your family.

I have worked for Mr. Lunsford for almost a year. He was a very pleasant person to be around. Loved hearing stories of his work and telling me about his family farmhouse. Going to miss our conversations. He would always tell me to sit and let's catch up.. I will miss him dearly. My prayers and thoughts are with his family and friends.

We first met Ralph at church and often would see him at the symphony, which he enjoyed. Our conversations often included his family as well as his A&M family and we will miss those visits together. We send our condolences and pray for God’s peace and comfort for you at this time.

So sorry for y’all’s loss. He will be missed and never far from your thoughts and memories. Remember and pass on his stories and your memories for as long as they exist so does his memories.

I knew Ralph through W. B. "Pappy" Drennan. Both were proud Texas A & M old school graduates. They happily included me in their conversations about A & M and St. Andrews Church. Ralph was a great and honorable person. Ralph always greeted me whenever we crossed paths and would always ask about "Pappy". I appreciate him including me as a friend, and I know he and Pappy are getting together in Heaven right now. God Bless his family.

We so much enjoyed meeting Ralph & Ginger at the Des Moines, Iowa, airport when they were on their way to visit Holly in Fairfield, Iowa. Friends from home with good conversation and laughter.