Randolph Johnson Stewart, 86, of Beaumont, died of complications due to cancer on March 5, 2022 surrounded by his family. He was born July 27, 1935, in Waverly, Tennessee, to Nellie Fields Stewart and Richard Gould Stewart as the oldest of 2 children. Randy will always be remembered for his gentle nature, work ethic and his dedication to being the best husband and father he could be.

Randy was mostly raised in the area around Three-Way, Tennessee. In 1953 he graduated from high school in North, South Carolina. He earned a BS in Mechanical Engineering from Clemson University in 1957, and a Master’s degree from Clemson in the same field in 1960.  He was a member of both Tau Beta Pi (engineering) and Phi Kappa Phi honor societies.

He served in the ROTC during college and did a six-month tour at the Nike Ajax air-missile defense project at Fort Bliss in 1958. He continued to serve in the Army Reserves until his final retirement as a Lieutenant Colonel in 1995.

In 1960, Randy accepted a position with Texaco, Inc. as an assistant mechanical engineer at the Port Arthur Refinery.  His career with Texaco spanned 35 years. In May 1989, he was promoted to Manager of Maintenance and Engineering of the Port Arthur Plant, a role he held until his retirement in 1995.

Randy married Anna Lou Burroughs at Trinity United Methodist Church in 1979, and Beaumont was their primary home.  Anna Lou was a widow with three young children of her own: Julie, Steve and Amy. Randy raised these three children as his own.  Randy and Anna Lou also built a lake house on Toledo Bend and spent as much time there as possible.  The lake house was his favorite project, and one of his favorite places to be.

Randy was an active member of Trinity for more than 40 years and was invested in numerous volunteer roles and leadership positions. His most significant project was the planning and overseeing of construction of the new childcare wing and playground. He was especially fond of his work with the Trinity Army, a group of volunteers who did light construction work and built wheelchair ramps for those in need.

His memorial service will be held at Trinity United Methodist Church at 3430 Harrison Ave, Beaumont on Saturday, March 26th at 2pm under the direction of Broussard’s, 1605 North Major Drive, Beaumont.

In lieu of flowers, memorial contributions may be made to the Some Other Place Mission of Beaumont and the Southeast TX Food Bank. 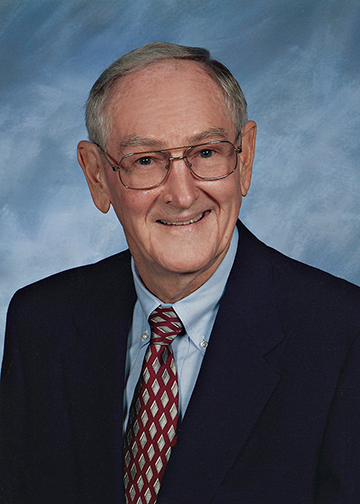 Randy was truly a disciple. He was faithful to the work of the church. He was a wonderful husband and father and a friend to all. Our sympathy to his family.
Carol and Gerald Flatten

Carol and I send our deepest sympathy to the entire Stewart family. Randy was a good person that I had the privilege to work with and to call a friend. Rest in Peace.

My deepest condolences to the Overton, Burroughs and Stewart families. May Randy find peace, joy and healing in our Father God’s loving arms.
No eye has seen, no ear has heard and no mind has imagined what GOD has prepared for those who love him.
1 Corinthians 2:9

Our deepest sympathy to Randy’s family. We were together in Lockport, Illinois, Casper, Wyoming and Port Arthur. He was a class person and one of the best of the best. He will be missed by everyone who knew him.
Joe & Marilyn Lee
Nacogdoches, Texas

Sorry to hear about Randy passing. He was one steady fellow. He will be missed.