Ray Mitchell Moore, 90, a man who loved his family, friends, golf and Mayhaw jelly, passed away on Friday, June 24, 2022 in Beaumont, TX. He was born on September 7, 1931 in Beaumont, TX, to parents Della Mae and Jack Mitchell Moore. He was an incredible father and was constantly spurring his children, grandchildren and great grandson to achieve their goals fearlessly and give unselfishly. Larger than life, he genuinely loved people and lit up the room with laughter wherever he was. Being an attorney, he chose his words carefully, and boy did we listen. As children, the dinner table always ended with a series of questions. We learned to be straight and to the point, what is “the bottom line” he would say.

Ray Moore’s life-long love affair with golf began at Lamar University, where he was a member of Lamar’s golf team. From an early age, his athletic abilities caught people’s attention. His skill won him a golf scholarship to Southern Methodist University, where he completed his finance degree in 1952. He served in the US Army from 1955 to 1957, and was a part of the All Army Golf Team. He even taught several generals how to play golf. He followed in his father’s footsteps and entered law school at the University of Texas. Upon earning his Juris Doctorate in law, the Professional Golf Association invited him to play on the pro golf tour. He reluctantly turned it down, citing he didn’t want to live his life out of a suitcase. He also had met and married the love of his life, Mary, in 1955. Their first date was at a UT football game, and she chided him that he couldn’t afford to buy her a program. Later she would say, never marry for money, it is just “icing on the cake”. They loved their life together, traveling around the world and to their second home in Crested Butte, Colorado.

Ray quickly earned a reputation for being one of the best corporate lawyers in town, and was well respected and a friend to all. The PGA had previously told him he would be unable to play in any golf tournaments with pros for a certain number of years, and after that allotted time passed, he (with Mary and sometimes his children in tow) played in as many pro-am golf tournaments as he could.

He established in 1966 his own successful law firm with his father, what is now Moore Landry LLP. In addition, Ray enjoyed a distinguished and successful business career. As a major investor and consultant, he held board positions on the Board of Directors of many successful businesses and non-profits. His legal experience and devotion to the practice of law has been recognized by the various local, state, and national bar associations, leading him to serve as both board member and officer.

He eventually intermingled his two passions, law and golf, by owning his own golf course, the 200 acre Idylwild Golf Course in Pinewood. He thought living “in the country” on a golf course was heaven on earth. Many days he could be seen in a golf cart or on a riding lawn mower, meticulous with the condition of the greens. He cared tremendously for his friends and neighbors, and in 2008 established a community park and playground in Pinewood, known as Moore Park. Even in his older years, he could often be seen at the park picking up trash. After Hurricane Harvey took away his home and lifelong possessions, he was overly concerned about everyone else. He made it a priority to repair and restore both the park and the golf club, because he felt like everyone needed hope. Especially the kids. Each year he had the park professionally decorated and lit up at Christmas time, and every year he would say to do it bigger and better for the community.

Even at the end of his time on earth he was giving bedside advice to his grandchildren. Working on legal contracts for his granddaughter’s new company and giving financial advice. He was as passionate about education as he was about law, business, music, and golf. It was important that he gave back to the local community whenever there was a need. He instilled the need to give to charity to his three children, Mark , Laura and Eileen. Ray and his late wife, Mary, an accomplished pianist, shared a love of music by endowing Lamar University a gift to the College of Fine Arts and Communication by creating the Mary Morgan Moore Department of Music. They established a $2 million charitable remainder trust with the Lamar University Foundation in 1991, to allow the Ray and Mary Moore Endowed Faculty Chair in Music to recruit the most gifted professors and talented students in the arts. Ray also served on the Lamar University Alumni Association and assisted many high school and college students in achieving their dreams through education.

At his 90th birthday party, Ray stated he never thought he would live that long, but that life was good and “a hell of a ride”. He was a treasure to us all, as a man, husband, friend, father and lawyer. He genuinely loved people, was athletic, smart, strong and generous to the very end. Ray was our hero, our role model and an inspiration. He showed us what we could be, how we could give, and how to live life well. He made a difference in the lives of many, and was beloved by more people than he knew.

We love you and miss you terribly, until we meet again. 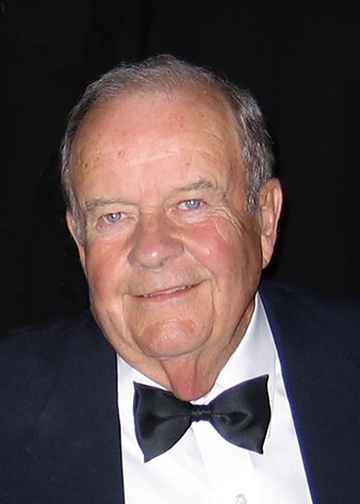 My first home was across the street from Mr. Moore. What I remember most was the gallant way he carried himself and how truly nice he was. RIP

What a great man and friend!

Loved my contact with him and always learned something.

Prayers for peace for the family and know he is with the Lord..

I was deeply honored to know Ray for many years as a tax client. I was impressed with his knowledge of income taxes and his generous philanthropic gifts. What a great legacy! He will be missed by many!
Fondly,
Mary Pat

Many fond memories of Mr.and Mrs. Moore and his Sister Jackye.

I had the honor of spending many days with “Daddy Ray” and Mary in their home in Crested Butte and was always made to feel welcome and treated like family. One of my favorite memories of him involved him sending me up and through a snowy one lane mountain pass in his personal vehicle to get to a trailhead for a horse ride. When I got back safely at the end of the day, I told him I could have easily and accidentally driven off the mountain and crashed ….. wasn’t he worried? His laughing response was “I’ve got insurance on the van”.
He will be deeply missed by all those who had the pleasure of spending time with him and his family.

Ray was a very good man and friend. May His Soul, Rest In Peace.

To Mark and the Moore and Morgan families…
We are sorry to learn of your loss, and we are grateful that you got to enjoy Ray’s wisdom and affection for a good number of years. May you all feel God’s hand of love, grace and comfort at such a difficult time in your lives. Be at peace, one and all.
Nancy (Calk) and Al DuCote – Hot Springs Village, Arkansas

Ray was an amazing person and had a remarkable life. His shining personality will live forever in our hearts and we will miss him greatly.

I have found memories of Mr. Moore for numerous years of my life. He was a wonderful man, I worked at the law firm as a runner for a short time and I saw him all around SETX, but loved seeing him at the Golf Course. One Sunday afternoon I saw him out on the course doing touch up paint with green paint in his loafers and button down dress shirt, showed his love for the course and community. Many prayers for the family

90 is a good run, great friend, golfer and benefactor. He helped to save Idylwild golf course by buying it along with Mr. Pfleider. My condolences to his family, friends and fellow golfers.