Ray was a 1951 graduate of Eunice High School and thereafter he joined the United States Navy. During his early years he was general manager of Sherwin-William Paint Store in Opelousas, Louisiana.

Ray resided in Johnson Bayou with his family for forty-nine years and was co-owner of Young’s Country Store for thirty-five years. He was a dedicated member of The Knights of Columbus in Johnson Bayou for many years. Ray was devoted Catholic and could often be found praying the Rosary before he began his day.

Throughout his lifetime he loved gardening, riding his tractor, and mowing. Though, the greatest joy Ray found in life was dancing. He enjoyed a good French dance and was quite the dancer when it came to a Jitterbug. His Cajun culture had him awaiting Mardi Gras season to celebrate during a parade or dress for a chicken run.

He is preceded in death by his parents; wife of over forty-nine years and mother of his children, Margaret Young; stepson, Roger Blackburn; and sister, Betty Carrier. 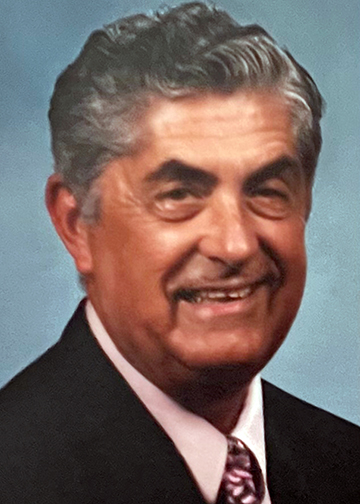 Mr. Young was a wonderful man. I used to stop by the store and visit with him and Mrs. Young. They were truly special. He even changed a tire for me one evening.

To Paul, Phil and the entire Young family,
My heartfelt condolences to all of you during this difficult time. Your dad was one of my favorite people in Johnson Bayou and I thoroughly enjoyed being around him. God bless , and my best to all of you always !

Loved to watch Mr Ray and Miss Juanita dance. He did love to dance. Our thoughts and prayers are with his family!