With heavy hearts we must announce the passing of Raymond Lee Savant on May 24, 2021. He passed away quietly at home in his sleep. He was a loving husband, father, grandfather, brother and son. He has left this world but will never leave our hearts.

Ray was born in Texas City, Texas on February 3, 1967. Son of Floyd and Sharon Savant, Ray was the oldest of three children. He graduated in 1984 from Texas City High School. Following graduation Ray enlisted in the US Navy and was assigned to the USS Juneau LPD-10 serving as an HT-2 (Hull Maintenance Technician). Additionally, he served on and decommissioned the USS Lexington nicknamed “The Blue Ghost” an Essex-class aircraft carrier. During his tenure the ships docked in many locations including the Philippines, Malaysia, Hong Kong and Singapore. After ten years of service, Ray returned to Texas City to work as a pipe fitter where he had his only child, Sierra Rae Savant. Following Texas City, Ray moved to Beaumont, Texas, where he continued his career as a Yamaha Outboard Master Technician working his last ten years at Jordan’s Marine & Pro Fuel in Vidor, Texas. He was deeply involved in boat racing as a crew mechanic for teams in the Sport Racing Series and the NGK Spark Plugs Formula One Power Boat Racing Series. It was always known that Racin’ Ray was one of the first on site to turn a wrench, make the boats fast and get the beer cold. Ray was an avid fisherman spending much time with his partna’s in the Gulf.

We love you Ray and all will miss you.

In lieu of flowers please donate to the Blake Terry Memorial Foundation a non-profit organization in Lafourche Parish, Louisiana. Here is the link for donations: www.btmemorialfoundation.com

His cremation was handled through Broussard’s Crematorium under the direction of Broussard’s, 1605 North Major Drive, Beaumont.

A Celebration of his life will be announced. A tentative date is late summer early fall. 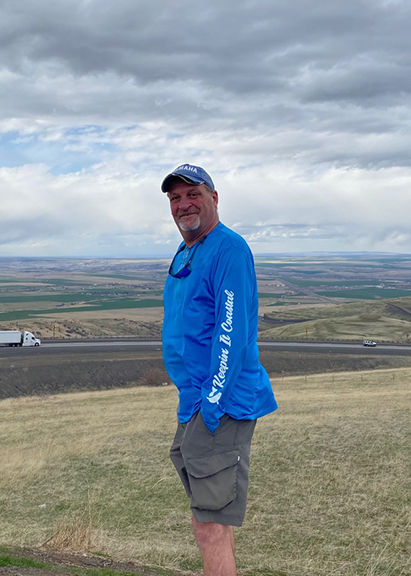 Ray wasn’t only my big brother he was my hero this is hard on me and will miss him so deeply. Our father wasn’t in my life much so he played big brother and father roll. He always called me babygirl and I will carry on the way he would want making him proud of me daily. I love you bubba may you rest easy now and always watch over me.

A part of my heart left when you departed this world. I love you more than anyone will ever know.