She was born at Randolph Field, San Antonio, Texas. At the time her father was in the military and moved to Nacogdoches, Texas at the age of three. She lived there for twenty-one years, then Longview, Texas for eleven years, and Beaumont, Texas for thirty-six years. She was a member of First Baptist Church – Carlyss in Sulphur, Louisiana.

She graduated from Central Heights High School in 1961 where she served as class president. Also president of F.H.A. and District Vice President for F.H.A. She served on Student Council for three years, was a cheerleader for four years, a member of 4-H Club and named Gold Star Girl in 1958 and received numerous achievement awards.

Crowned 1960 Farm Bureau Queen and was first runner up in District Competition.

Later in life, due to her love for people, she earned two certifications in Therapeutic Recreation on the State and National level from Angelina College and Lamar University. She worked in this field in Beaumont and Silsbee area for seventeen years. A member of Greater Sabine Area Activity Directors and Social Workers Association. She held various offices and served as President for two years, and was a member of Texas Association of Activity Professionals. She always commented, “This is the most challenging job, but the most rewarding one I’ve ever had.”

A gathering of Ms. Martin’s family and friends will be 12:30 p.m., with her funeral service at 2:00 p.m., Thursday, December 8, 2022, at Broussard’s, 134 West Buccaneer Drive, Winnie. Her interment to follow at Fairview Cemetery, Winnie. 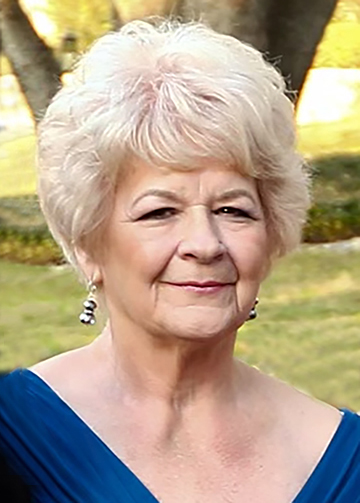 My condolences to Beth’s family. My deceased husband, Buster Williams, graduated in 1961 with Beth from dear ol’ Central Heights in Nacogdoches Tx. I was two years behind them but everyone knew everybody else even in elementary. Beth was a beautiful girl & well thought of & popular. Rest in peace, Beth!

I worked with Beth at Nederland Nursing Home/Nederland Healthcare many years ago. As Activities Director, she always had something fun the residents to do and they loved her, just as her co-workers did. Two things about Beth that I will NEVER forget are her laugh and her white Chevy Lumina that she named Little Lu Meeeena. She was such a precious soul.

My mother’s name was Lucille Coleson Thomasson. My name is Ron Thomasson and my twin was Don.. Six children in her family. My family reunions as a kid were in Nacogdoches at Eggnog Park. We played like crazy with the Stanley gang. Beth was so much fun. I lost track when I joined the Navy and lived in the NW. I learned so much about her from reading the obituary. She was something else. Thanks David for putting that all together. I wish I could be at the funeral but so many things won’t let me come. The truth is I didn’t even know Beth was sick. God rest her soul, and we all shall see her soon in Heaven. Love you Beth, Ron.