Reverend Duc Quang Duong, 63, of Lumberton, died Saturday, November 6, 2021. He was born on November 2, 1958, in Hue City, Vietnam, to Trieu Nguyen and Toai Quang Duong. Father Duc was ordained on June 10, 2000 and served twenty-one years as a priest for the Diocese of Beaumont.

Father Duc was born fourth out of six children in Vietnam. His family attended Our Lady of Perpetual Help Parish in Hue City, where he was born. The church being a crucial part of their family’s life, his oldest brother was also ordained as a priest and their youngest sister dedicating her life to serve God as a nun.  Father Duc joined Minor Seminary HOAN THIEN, Hue from 1971 to 1979.

Reverend Duc escaped from the Vietnamese Communist Regime by boat and stayed in Hong Kong and Philippine refugee camps for some time. He came to America with five other seminarians, by the work of Father Khanh in 1993. After studying at Norte Dame Seminary in New Orleans for the Diocese of Beaumont, he received Master of Divinity in May of 1999. Father Duc was ordained to the priesthood on June 10, 2000.

“The Duke”, as his friends and family liked to call, enjoyed going on pilgrimages. He also loved to sing karaoke, fishing, and making friends.

Father Duc is preceded in death by his father, Toai Quang; and brothers; Tuan Quang Duong and Thinh Quang Duong.

Memorial contributions may be made to 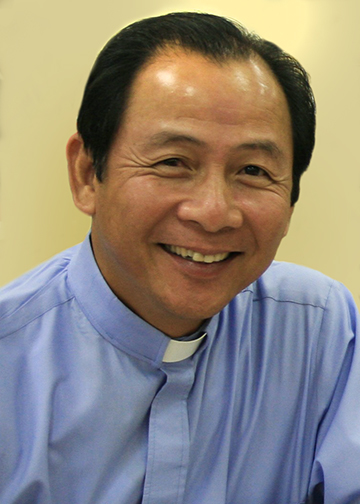 We have lost a very sweet priest. One of my most precious memories, other than his love and compassion for his parishioners, is the first time I heard him sing Silent Night in his native language at the Christmas Vigil Mass at Holy Spirit in Kountze. What a heavenly sound. I will never forget it. Rest In Peace Father Duc.
Sincerely,
Bonney Bryan

We have loss a great priest, RIP