Rex Renzo Hall, 83, of Port Neches, died Saturday, March 14, 2020, at Bonne Vie, Port Arthur. He was born on February 13, 1937, in Lake Worth, Texas, to Louise Skidmore Hall and James Lloyd Hall. During his senior year, his family relocated to Port Neches due to his father being transferred by Gulf Oil Company. He met and married Mary Ella Boutin, of Port Neches, and enjoyed a fifty-one-year marriage.

Rex retired from Huntsman (Neches Butane) refinery after forty plus years of service. Papa Rex, as he was known, was a faithful member and an elder at Golden Triangle Church on the Rock, where he served in the prison ministry for over twenty years. He was a dedicated and faithful husband, a devoted father, grandfatherand a man of faith. He would pray with you in a heartbeat at the hint of a need. Rex’s work ethic was strong, which he impressed upon his children. He loved his family; fishing; golfing; and hunting. Rex made memories with his family camping and fishing. He went on water well drilling mission trips with his church family. He was a handy-man, making most of his own repairs on his home and vehicles. Rex was well loved by all that knew him. No one could ever take his place. He will be missed more than words can describe.

He is preceded in death by his wife, Mary Hall; son, Ricky Hall; son-in-law, Kenneth Richard; brother; Jim Hall; and his parents.

The family would like to extend their sincerest gratitude to the Executive Director, Kenny Blanda, LNFA, administrative and nursing staff at Bonne Vie; and Harbor Hospice and their wonderful staff for being the loving care and support during his Mr. Hall’s last days.

Memorial contributions may be made to Golden Triangle Church on the Rock, 6355 U.S. 69 Access Road, Beaumont 77705. 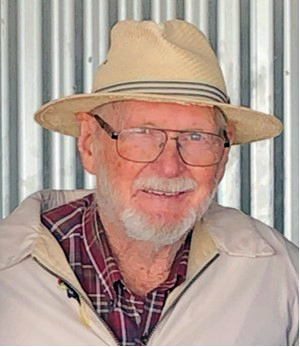 Our hearts go out to you and your family in your time of sorrow.

I am so sorry Kathy and family! Loved him to pieces.

He was always like a second dad and a mentor as was Mary.My fondest childhood memories were with this wonderful man n his caring family.He will be missed but I know hes with Mary and his son Ricky.and they are all visiting with my parents and probably camping and fishing.Gods speed with you Big Rex and may the Angel's sing you in to Heaven .Tell everyone hi for me.We love you always.

Prayers going out to you and your family. Papa Rex was an awesome spiritual man and friend.