Richard Cessac Sanders, 76, of Beaumont, Texas, died Tuesday, March 1, 2022, at his home surrounded by his loving family. He was born August 20, 1945, in Washington, Indiana, to Sylvia and Robert Sanders.

Richard met the love of his life, Donna, at the age of 20. For 56 years, she was his grounding force and the one to calm his bold spirit. Richard loved life and never missed the opportunity to reminisce about the past. His descriptive language would send you away with the thought, “did that really happen?” Richard’s smile and boisterous personality will be forever etched in the minds of his family and friends.

Richard will be greeted in heaven by his parents, Robert and Sylvia Sanders, brother Randal Sanders; and grandparents, Otis and Annie Sanders, and Emile and Alice Cessac.

Memorial contributions can be made to the Humane Society of Southeast Texas, 2050 Spindletop Avenue, Beaumont, Texas 77705. 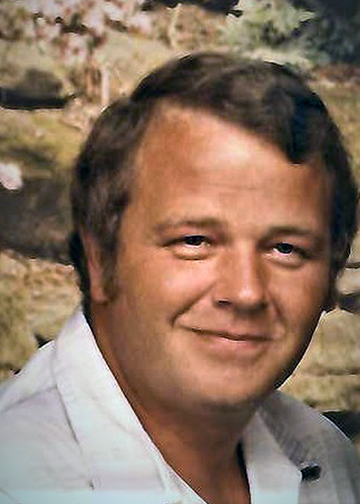 Donna I just found out Richard passed. My heart and prayers are with you and you family.

So sorry for your loss. Prayers for you and your family.

Donna, I was so sorry to hear of Richard’s passing. Richard and I went to school together from first grade through high school. In the 60’s we bowled in leagues together at the old Gateway Bowling Alley. He was a great guy and so much fun to be around. I haven’t seen Richard in many years but I have great memories of those times back in the day. May he rest in peace.

Richard was a good friend,we had a lot of good times fishing and playing black jack on trips to Vegas and Louisiana. I will truly miss you my friend. I know I will see you again. Fly high my friend.

So sorry to hear of Richards passing. Jack and I will keep you all lifted in prayers.

My deepest condolences to you. Richard was a great man. Always happy and could make you laugh. The last time I saw him, was in the doctor’s office. Reminiscing about things daddy did for him. Sold him the 105 property next to the store. I miss Randal too. Been on a few Vegas with them!
Peace be with you,
Brenda

Donna and family, we are so sorry for your loss. Sam and I will miss that sense of humor. He was a great guy and cared so much for his family. I still remember your wedding all those years ago. You have great memories to hold on to. He will always be in your heart. We think of him often. Prayers are with all of you. May Richard rest in the arms of our Lord. ❤❤🙏🙏

Donna and Family, We are going to Miss Richard’s humor and smiles, I enjoyed having Richard as a Dear Friend. May God Bless Richard, and all who Loved Him.

Donna I was sorry to hear of Richards passing
Go back a long time I remember his my favor customer at the bank , always smiles when he’s walked in . He is a good man and sweet.
He will be miss . RIP

Judy and I offer our condolences and prayers to Donna and all of the Sanders families. May GOD accept his soul into His loving care, heart and arms, granting Richard salvation and an eternal life as a member of the family of GOD, in Heaven.
I’ve know Richard for many years and enjoyed our many Super Bowl trips to Vegas, his friendship, his humor. We will miss him. RIP.

Donna, I am so sorry to hear about Richard. It has been years but I have never forgot about you guys, the Budweiser days when life was a little different. God bless you and your family🙏🏼🙏🏼