Richard Lara Garza “Chico”, of Beaumont, died in a tragic work accident on Friday, October 28, 2022. He was born on December 4, 1956, in Tacoma, Washington to Tony Rodriguez Garza and Josephine Lara Garza. Richard graduated from Texas City High School in 1975 and then attended the Police Academy at the College of the Mainland. He joined the Texas City police force and ended his career with the police department as a detective. After retiring from the police department, he worked as a security guard for Amoco refinery before moving to Beaumont and becoming a railroad conductor. He had been in his current position at PSC Group since 2018.

Richard met the love of his life, Delaine Stanley “Lanie”, at a high school reunion planning meeting in 2010. They had graduated from high school together but hadn’t known each other at the time. They married on May 16, 2012 and spent ten wonderful years together living in Beaumont and traveling with friends. Richard never met a stranger. Whether it was the bartenders, waitresses, and managers at his favorite restaurants, like Café del Rio, or anyone he struck up a conversation with, he made new lifelong friends everywhere he went. Richard also had a big heart for animals. He rescued his dog, Rufus, from his job site in Evadale, and Rufus quickly became his best friend. Some of his favorite things to do were fishing and eating his wife Lanie’s fabulous cooking.

He was preceded in death by his parents, Tony Rodriguez Garza and Josephine Lara Garza; brother, Anthony Garza, and son Rick Garza of Texas City. 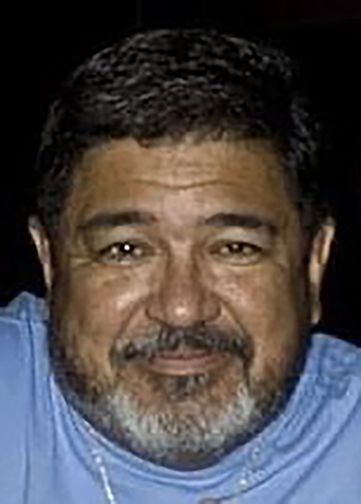 Chico was a funny and great partner at TCPD. I’m very sorry for your loss.

Delaine, no words can say how profoundly shocked and saddened we are by your loss. Richard was a great guy. To know him was to love him. May God comfort you during this terrible time of grief. Our prayers are certainly with you. We love you.

So so sorry for the loss of such a great friend !! Love you Lanie and here for you !!