Richard was part owner of Manuel’s Towing. He enjoyed fishing and hunting. Richard will be remembered as a family man; he loved being with his family and most especially his grandchildren. He loved playing the part of Santa Clause during their families Christmas parties.

Richard is preceded in death by his parents. 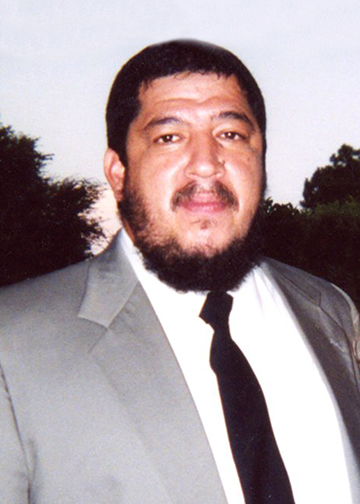 My sweet Tio will always be remembered in my heart. I love you so much and I’m glad I got to hear your voice before you left on your next mission.

You will be miss Toto I just can’t say everything we did together Thankyou my brother for always been part of my life hoping you have a happy trip to eternity say hello to papa Frank and hoping to see you soon Rest In Peace my beloved PIG.

Lost but not forgotten. This brother of mine was wild an strong when we were together but he always stood in front of me to let me know what ever happened it would have to happen to him first I appreciate you brother not only were you a good brother but you were a better man totes deal was I’m tuff and ruff but his heart was truly made of gold I will miss you so untill we meet again love you brother.

My big brother is in Heaven now😥🙏.
You are love beyond words 💕and missed Toto.I always loved when you called me Noño or kitty cat.I wish you were still here, to hear your voice,and to tell you again, again and again that I love you.💕

Everytime I saw you you always had a smile on your face you will truly be missed. Praying for the family.

My beloved brother, The journey we shared as siblings will forever be remembered. Fly high with the Angels until I see you on the other side.
♥️

Sad to see you go brother, you will be missed . Until we meet again in heaven.

My dear sweet Tio. You will be missed dearly. Your smile, laugh and words of wisdom along with your story’s from your past. You will never be forgotten, because you have touched so many hearts. Cuidado Tio ❤️

I’ll never forget your goofy jokes and picking on mom. You’ll forever be missed and loved by many. RIP Tote

He will truly be missed 😪

You will be greatly missed Tote. You were joy to my life. When i see a penny i know it will be a penny from you in heaven. A reminder of how much you loved all of your family and friends. God’s blessings. Pattie-Pattie