Richard may be gone, but his sarcasm, sense of humor and trademark stubbornness will never be forgotten. Famously opinionated, quick-witted, and funny, Richard could tell an inappropriate joke at the most inappropriately perfect time.

Richard wore many hats—he was an entrepreneur, owning Wash on Wheels and he also worked for H& R Block as District Manager before he retired. In his younger years, he worked for his brother John, delivering milk, although he wasn’t particularly fond of this job in the cold New York winters.

He despised diet Pepsi, know-it-alls who talk too much, telemarketers (who sometimes got more than they bargained for when they called), leaves in his swimming pool, and being told what to do.

But he had many loves, too.  He loved his wife, Elaine fiercely, and always put her first. He also dearly loved his children and grandchildren, who he spoiled rotten every chance he could. He took extreme pride in all seven of his grandchildren who in turn, adored their grandfather. They were the apple of his eye, and he bragged on them anytime he could to anyone that would listen.

He also loved casino trips, smoking meat on his pit for family and friends, his mom’s apple roll, Roy Orbosin, and sitting on the front porch. He shared his love of the Beatles by teaching his youngest grandchildren at a very early age all the words to ‘Rocky Racoon.’

Richard never held back his opinion, and always told you the truth, even if it wasn’t what you wanted to hear. He was extremely generous, even up to a few days before he passed, when he adamantly told his children he wanted to buy lunch for the staff at Christus Dubuis Hospital, because he greatly appreciated them, as do his wife and children.

He handled most of life’s hardships with grace, humor, a shrug of the shoulders and insurmountable strength. He believed in hard work and taught this to his children. He showed his family how much he loved them not necessarily by saying it, but by being there for anything we ever needed, no matter what it required of him. His feistiness and stubbornness served him well throughout his life. Even in his last days, he was a model of strong will and sheer determination right up until the end. He will be greatly missed and fondly remembered by many friends, neighbors, nieces, nephews, and cousins.

He is preceded in death by his parents, Margie and Vernon Way; and son, Joseph Angelo Way.

Cremation arrangements for Mr. Way will be handled through Broussard’s Crematorium, Beaumont, under the direction of Broussard’s, 505 North 12th Street, Nederland. 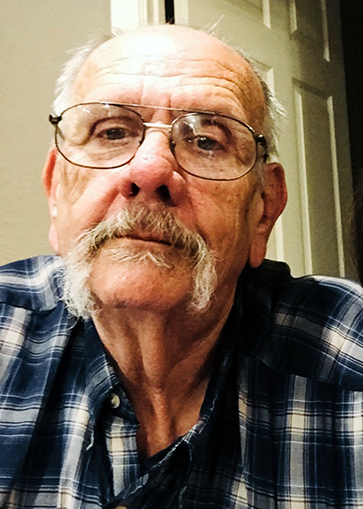 Dick, You were a wonderful big brother, and I will never forget the laughs, the tears, the joys, the fears.....all shared as we passed through the days of our lives. "It is impossible not to be sad, your absence hurts, but your memory will always make me smile." There is a poem I have always loved in which death is compared to a ship. As the ship sails off from the shore, those left behind are filled with grief at the loss, lamenting, "Look, there he goes.". But soon the ship approaches another shore, filled to over-flowing with people who are cheering and waving and rejoicing as they all shout happily, "Look, here he comes." I know you're on that far shore now, and I know you are surrounded with light and love. You will never be forgotten, and the legacy you have left your entire family is valued beyond measure. Love you more than words can express, Until we're together again.......Rhonda

My heart is broken at the passing of my great friend, Richie Way!! I met Richie through our work at the YMCA back in the late 1970's. He had recently moved to Texas from New York. He quickly impressed me with his work ethic and we soon became good friends. I soon met his family, and when my folks retired and moved to Las Vegas, Richie and Elaine soon "adopted me" and had me over for holiday meals, many evening visits, and just to do laundry!! They made me feel I was part of their own family!! Richie could always make me laugh with his quick wit and questionable sense of humor, which was similar to my own!! In recent years I would visit he and Elaine and often bring them my homemade ice cream!! We would often talk for hours at a time!! I benefited greatly from his wit and wisdom!! Richie was my lifelong friend and I shall miss him dearly!!

Elaine, Richie, John, Angela, and grand kids: I am saddened to hear of Richie’s passing....I have not seen him in many years, but can see thru his obituary, he enjoyed a full life and loved his family very much! May he Rest In Peace.

I'm glad for the last visit we had in March and getting to talking about the past years when you were the boss. Your good humor always made it fun and good times at work. Will miss you and will always think about you whenever I prepare chicken salad. RIP Richie