Robert Garth Brown, 74, of Kountze, died Saturday, June 22, 2019. He was born on August 10, 1944, in Beaumont, to Lessie Sims Brown and James Tegart Brown, Sr. Robert proudly served his country in the Unites States Army. He was the owner of Brown Machine Works and a fifty-two year member of Pine Lodge #642 AF & AM, Kountze. Robert was a member of Zion Lutheran Church of Abilene and attended Little Rock Assembly of God Kountze.

Survivors include his wife, Jerrie Brown of Merkel; children, Robert Garth Brown, Jr. of Kountze; and Hollie Anne Brown and her fiancé, Jonathan West, of Lockhart; grandchild, Jessica Elaine Brown of Gonzales, Louisiana; brothers, James Tegart Brown, Jr. and his wife, Peggy, of Silsbee; and John Curtis Brown of Kountze; and numerous nieces and nephews. He is preceded in death by his parents; and son, Curtis Lynn Brown. 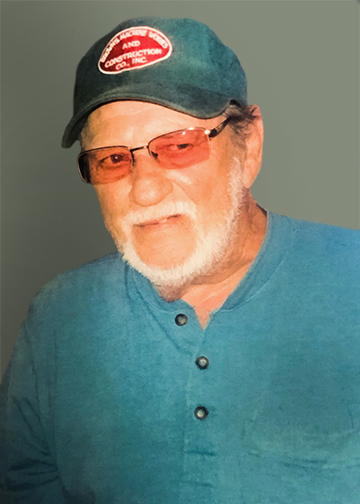 I knew Robert from FHS. We even dated for a while! What a great guy! So sorry to read he is gone! RIP, Robert Garth Brown!

Jerrie, Hollie, Robbie and Jessica, We are devastated at the passing of Garth. May the peace of God comfort you in the days to come. He was a fine man and loved by all who knew him. He will be missed greatly. All our love!! RIP our Brother!!! ❤️

So sorry to hear about the passing of Robert. He was an FHS Class of '62 classmate and a really nice guy. He will be missed. Jerry Henderson

So sorry to hear this. Robby & family you are in our thoughts & prayers. Rest in peace Uncle Robert. Love Cathy & Bradburry family.

We are going to miss you Rob. You were a part of our lives for a great few years. We will cherish the memories we have of you, us. We will give Aubyn a big hug and kiss from her Peepaw. We will forever, love and miss you...

Just left the cemetary, where they laid pop in the ground at his final location. Rest in Peace Mr. Brown. Your spirit lives on as I am a witness to that. Thank you for everything that you have done for me and my family of whome you have only known a brief 5 years. You loved wholeheartedly and spoke with true passion for others. Your gifts of the spirit were many. Your committment, dedication and diligence was easy for anyone to see, even at 74 you were just as fearless and sturdy as you were at 34. You may have left this cold world, but your rays of sunshine and love still radiate out to keep our hearts warm and cozy. From not only listening to your stories a few times each, but empathetically getting fully eloped in them as they were told; it was fair to say you had a "special" or "different" life history, that many cannot relate to, but one that I got to know personally. I got to know him for the man he was outside of that spot light that seemed to follow him around to each meeting. Iron sharpens iron, would often get new edges over drinking coffee or driving to town to buy cigarettes for everyone. We created quite a unique bond over the years, one that was strong. Even up until your last days. When your business (BMW) started losing ground, you never batted an eye. Thats what I admired about you, you took everything in stride without stumbling or showing any slack up. it was like you didnt want to upset anybody that depended on you (especially your precious grandbaby Aubyn) So you did what you had to do tomake things flow. Standing firm in your word yet able to shake up anyone with your definite voice and piercing glance over looks. An act of reassurance that nothing could go wrong even in your weakest times you put your boots and nice shirt on and acted as if you hadnt lost a thing. One of the most caring, meticulous, sharp, big hearted, straightforward "to the point" man to ever walk this old trail. The path of the righteous. You embodied the Lion from The Wizard of Oz, as you had alot of courage. And that, in my opinion, is what caused you to be as high in the minds of others as you were. Please be with my mother and daughter now and forevermore by letting your spirit guide them along with God to a happy, helpful and peaceful life. Watch over our baby girl from heaven and keep her safe and in good arms. We love you Garth Brown! Rest easy You will always be remembered, Pawpaw With great Love, from - Aubyn Lynn, John Wayne, and Michelle Lynn (Gammy)