It is with great sadness that the family of Robert C Wilson Jr, 95 of Beaumont, announce his passing on Friday, February 26, 2021 at his home. He was born on June 20, 1925 in Kirbyville, Texas. Robert was the oldest of seven children born to Robert and Zelma Wilson and grew up in Kirbyville, along with his brothers and sisters Doris, Vernon, Burnis, Don, Faye and Shirley. Later his family moved to Orange where he graduated from Orange High School and in September 1943, Robert was inducted into the US Navy and entered active military duty serving in World War II. He served our country as a Quartermaster aboard the USS Clamour, a mine sweeper in the South Pacific. He served 20 months overseas and was honorably discharged March 2, 1946. After discharge from the Navy, Robert returned home and met the love of his life, Joyce Morrell while working at the Fair Store. The couple married on September 14, 1947 and spent 70 years celebrating their union together. They began their family with the birth of their first son, Robert “Bo” and later Lauren then Carl.

Robert began a career in the insurance business and was involved with many civic organizations where he enjoyed serving and speaking. In 1969, Robert was drawn by his adventurous entrepreneurial spirit to open Gibson’s Discount Store and relocated his family to Wilmington, NC. Robert and Joyce spent 12 years in Wilmington where they raised their children and welcomed their first two grandchildren, Robbie and Mary Ashley. In 1981, Robert and Joyce returned to Beaumont where he was blessed in the following years with four more beautiful grandchildren, Lee, Hunter, Cole and Allie. He rejoined the insurance industry and enjoyed a successful career with Texas Farm Bureau, receiving multiple awards, accolades and travels with Joyce. He not only took pride in business but truly cherished the life long friends he made along the way. Robert enjoyed his free time gardening and spending time with his family at his farm in Kirbyville, which was his happy place.

Robert had a passion for people and never met a stranger. Our family was blessed to have had his unconditional love, priceless wisdom, and leadership in our lives. He touched us all with the most sincere heart felt encouragement and the biggest hugs. His passing is the end of an era and his legacy will live on in his children, grandchildren, great-grandchildren and that will impact generations to come.

He is preceded in death by his parents; wife, Joyce Morrell Wilson; sisters, Doris Wilson and Faye Shaw; and brother, Burnis Wilson.

Our family would like to thank the precious ladies that spent the last few weeks caring for Robert with all of the love and compassion he deserved. Margie Seals, Sharonelle Jones, Delores Dixon, Jean Shelby and Yvette Jones all have been such blessings to us and are a special part of our family. 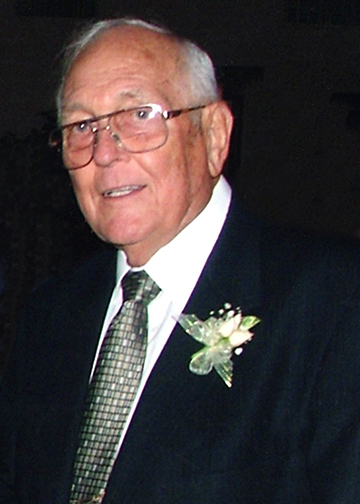 We love you and will so miss you. You and Aunt Joyce will forever be in our hearts.

I have so many fond memories of Uncle RC growing up! It was amazing to see his love for his family as we were welcomed at his home over the years for family reunions and crawfish boils.. Uncle, you will be missed by so many. Much love to the Wilson family.