Robert gained his wings, Thursday, May 19, 2022, at MD Anderson Cancer Center, with his wife by his side.

Besides his wife, daughters, and granddaughters, he was especially close to his brothers, James, Charles, and Howard, his son-in-law, Patrick, and his sisters-in-law, and brothers-in-law, Sharon, Robert, Tillie, Debbie, Dale, Elizabeth, Pat, Tass, Susie, Jay, Mary Ann, Bill, Michael, Robin, Judy, and Kirsten. There were many happy times spent with family. His home was always the place for family gatherings, and he even took in family members from time to time.

He is preceded in death by his parents; daughter, Jennifer “René” Lynch; and brother, Howard Lynch.

He had a huge collection of hats and caps, and always wore a hat. He had friends everywhere. He never met a stranger. No matter how far away from home he was, he always ran into a friend.

He retired from Motiva in 2010 after 40 years of service. He was a member of United Steel Workers Union and served as Union Steward, and on the Workman’s Committee. He was Vice Chairman of the Workman’s Committee for many years. He spent many days and nights helping fellow union members. Even after he retired, he received calls from friends for help.

He loved playing golf, traveling, and spending time with his family. He was very proud of his Irish heritage and especially enjoyed his trip to Ireland, where he learned the Lynch name was a prominent one there.

A gathering of Mr. Lynch’s family and friends will begin at 2:00 p.m., with his funeral service at 4:00 p.m., Friday, May 27, 2022, at Broussard’s, 505 North 12th Street, Nederland. His cremation arrangements will be handled under the direction of Broussard’s Crematorium, Beaumont. 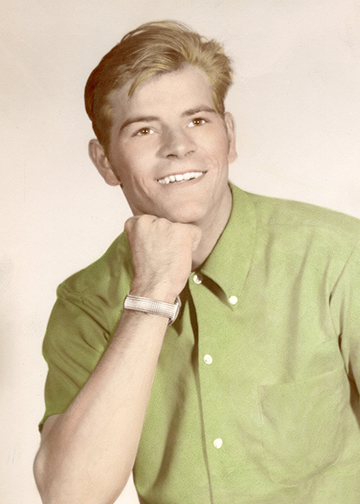 Robert, you will be missed by so many! We loved our vacationing together with you and Susan! We’ve shared so many fun times together, laughing, funny story telling and some how you were always laughing at me! I thank God today and forever for all our precious and treasured memories! I love you my hilarious Brother -in Love.

Yes Robert was a great friend and great person, he would do anything for someone. Always was the life of the charismas eve party with his sweaters or hats and kept the rest of the Youngs in line if needed. He is and always will be missed. Till we meet again my cousin. God speed