Bob passed away at the age of 54, on Thursday, May 7, 2020, unexpectedly in his sleep. He will be sorely missed by his family, friends, and many people that he came to know over the years. He helped many that knew him, in one way or another. Bob was a hardworking and kindhearted man who had more living to do. Many people claim Bob helped them with projects and problems that they had, and he always did it with a smile! He was a person without enemies, only a bunch of friends.

A few facts about Bob’s younger life that not many people knew about. Born in Florence, Oregon, on September 2, 1965, to Robert and Jennifer (Jones) Hammond. His 2nd home at the age of 1 ½ was a lighthouse on Tatoosh Island in Neah Bay, Washington, for about a year and a half. He brought with him a white duck named Mac and a black dog named Blacky to keep him company. They then moved to Newport, Oregon, where he left Mac. Once again, he moved to Sequim, Washington, into another lighthouse called The New Dungeness, where he spent another year and a half. Along with his dog, Blacky, he added a German Shephard named Himie (just a couple days old) to his entourage. After that, the family moved into the town of Sequin, where he began his schooling while his Dad worked about 25 miles away in Port Angeles. In 1974, Bob became a transplanted Texan. Bob was now through roaming around he found his life-long friends and home in Southeast Texas.

Most of you know, your experiences with Bob were trips worth taking and great memories made along the way with a great guy. We doubt that you would find anyone that has anything bad to say about Bob.

He leaves behind a sorrowful wife, Lynnette, of 14 years; his son, Christopher and his wife, Kayla; two grandchildren, Oakley and Shiloh; his parents; brothers, Patrick and Dennis; and sister, Monica, along with their families; father-in-law, Douglas Turnbull and his family; step-son, David Hardt and his wife, Amy; as well as numerous nieces, nephews, uncles, aunts, in-laws, and outlaws.

A gathering of Mr. Hammond’s family and friends will begin at 1:00 p.m., with his funeral service to follow at 2:00 p.m., Friday, May 15, 2020, at Broussard’s, 1605 North Major Drive, Beaumont. A family committal will be held at Broussard’s Crematorium, Beaumont. Please observe social distancing guidelines. 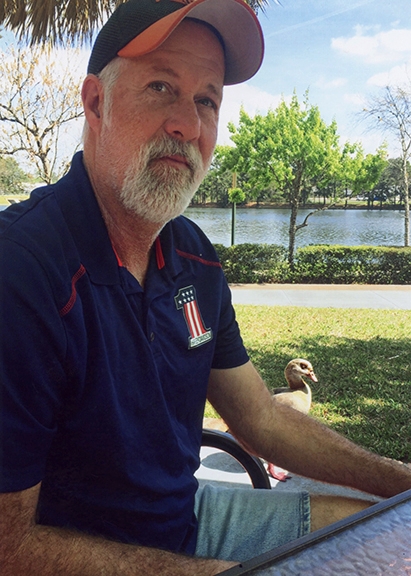 Bob RIP DEAR BROTHER. You weâ€™re always there for me and everyone else.. You earned your reward in Heaven, tell my Momma hello from me. I will never forget you my Friend. The World morns your passing, RIP DEAR FRIEND.!!