He is preceded in death by his paternal grandfather, Perry Franklin Smith III.

A gathering of Harry’s family and friends will be 5:00 p.m. until 7:00 p.m., Friday, January 20, 2023, at Broussard’s, 505 North 12th Street, Nederland. His cremation arrangements will be handled through Broussard’s Crematorium, Beaumont. 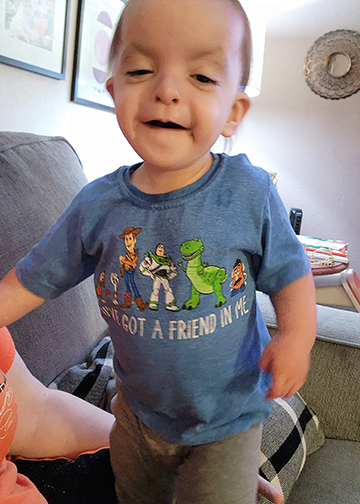 Dear Maribeth and family
I’m shocked and saddened by the news of your loss of Harry. I pray that you find the strength to comfort each other and find solace in talking about him and keeping his memory alive.

Maribeth and family, my heart grieves with yours in the loss of such a precious child. May God grant you comfort and peace and may you remember Harry with love and grace for all the happy times he gave you.

Lauren,
Our hearts hurt for you and your family. Your love for Harry goes beyond this world and time and will always be with you. We love you and we know no condolences can measure what you all are going through. We love you very much.

Words cannot express how deeply sorry I am for the loss of little Harry. No platitudes, he was too precious for that. I only want to acknowledge your sorrow and wish you peace and comfort during the coming days and months ahead.

You have my deepest sympathy and prayers..what a lovely child..such an infectious smile and personality..
Love you all..my heart is heavy with sadness for you and yours.

Lauren, Maribeth, and family, I am so sad for your great loss of Harry. He was so precious & you loved him so well. May love surround you in this time & in your memories of him always. You will be in my prayers.

Our deepest condolences for your loss of your precious son. May GOD wrap is arms around you and hold you close during this time of deep sorrow.