Rodgers Earl Ellis, 91, of Beaumont, passed away Wednesday, February 10, 2021, He was born on May 3, 1929 in St. Joseph, MO to Maurice and Gladys Ellis. He had three siblings, Norma Jean, Maurice and Leslie who preceded Rodgers in death. Rodgers married Anita Ruth Watkins in 1951 and they were the proud parents of two sons, Russell and Brian. Anita passed away from a courageous battle with cancer in 1990. In 1991 Rodgers married Delores Townsley and were married for 29 years before his passing.

Rodgers graduated from Pickett School in 1947 and attended St. Joseph Jr. College. He had various jobs in his early years including boxing cereal at Kellogg’s, working at his parent’s poultry farm, and selling women’s shoes at Plymouth department store. In 1955 Rodgers began a job as a radio time salesman with KFEQ radio station and then sold educational books door to door in 1956. In 1957 Rodgers began a career at NCR as a junior sales trainee. After completing his training, he became a senior salesman and worked at NCR for several years.

In 1969 Rodgers decided to try the hamburger business and bought a McDonald’s franchise. At that time, he moved from Illinois to Beaumont where he opened the fourth McDonald’s in the state of Texas. Although the business had a rocky start, national advertising helped the business grow. In 1973 Rodgers bought the franchise in Port Arthur and then opened stores in Vidor, Orange, Nederland, and additional stores in Beaumont. In 1984 he bought 6 stores in Corpus Christi and in 1999 bought 24 stores in the Rio Grande area. At one time the Ellis family owned 81 McDonald’s stores.

Rodgers belonged to many national and local organizations and held leadership roles including McDonald’s Operator Advisory Board, president of the Beaumont Country Club and president of the Sabine Area Restaurant Association.

A private family service was held Saturday, February 13, 2021, under the direction of Broussard’s, 2000 McFaddin Avenue, Beaumont. 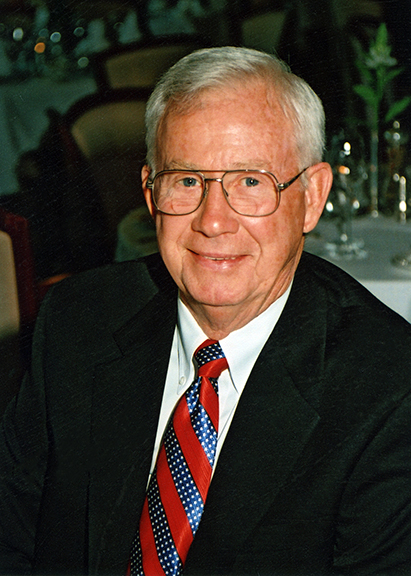 My first job was opening McDonalds in Vidor. Mr. Ellis spoke ALL the employees not just management. Years later I saw him at McDonalds in Beaumont. I spoke to him and asked it he remembered me, he paused â€œWomack..Vidorâ€. I chuckled and we visited for a few minutes. He was a fine man that taught me so much. RIP....Prayers for your family.

Just learned about the death of Rodger.Dolores and family you have my heartfelt condolences.May this very nice man rest in peace.

What a loss and one of the finest individuals we have had the opportunity to know. His word was his bond and what a loss to our community. Thoughts, prayers and condolences with Brian and Cathy and the entire family.

Freddie & I loved our time with Rogers. Although it was not enough time, we were fortunate to have Deloresâ¤ï¸ & Rogers at many Ellis/Ruddy family get togetherâ€™s. We have loved every minute with sweetheart Cathie & Brian Ellis, as well, & were so thankful that Rogers was the great grandfather of three of our Ellis family grandchildrenâ¤ï¸â¤ï¸â¤ï¸ What a smart, generous & kind gentleman he was ...just like Brian & Jonathan? (&, many otherâ€™s in the Ellis family who are also following in Rogerâ€™s hard-to-fill shoes!!)