Roger Simrau Dionne, Sr. was born the first of two baby’s on December 25, 1983 in Saint Elizabeth Hospital in Beaumont, Texas, to Ellis James and Luzena Jannise Dionne of Baytown, Texas.

He passed away suddenly on the morning of March 10, 2022. He is preceded in death by his father, Ellis James Dionne; niece, Novalee Baldanado; grandmothers, Alma Johnson Jannise and Beatrice Jannise; grandfather, Russell Dionne; aunt, Hazel Dionne; and uncle, Frank McCullough.

Who was Roger Simrau Dionne Sr.? He was a son, a brother, a nephew, a grandson, a friend but most of all a Father. He was an avid hunter and fisherman. He was a gifted artist. He really was a jack of all trades. There was nothing he couldn’t do. More than any of that Roger loved his dad who passed away just 4 years ago. His dad was his Hero. He loved spending time with his children, teaching and guiding them. Always making an adventure for them. He loved being their dad, they were his pride and joy.

He also loved his mother dearly. She was his rock, even if she didn’t know it. He loved music especially old country. Things he listened to with our father. Roger lived a life most would never want. He was daring and fearless, smart. Too smart. Brave. He was very brave. He was NOT his, addictions. Nor his actions, caused by his addictions.

He was a great man, a wonderful dad, brother, uncle, great uncle and son. Always helping whenever needed going with Rebecca to the lease or fixing our cars or house. He was always there no questions asked. He enjoyed fantasy, fishing, hunting, family and most of all spending time with his children. He loved love and craved it more than anything. I think what he wanted most was for people to accept who he was. Love him despite his faults. This disease grabs ahold of you, and it won’t let go until it takes everything. Roger so badly wanted to start over and have a better life for his self and his children, something he could be proud of. But he struggled daily with devils reaching out pretending to be friends. He never got the chance to see real happiness, because he could not let go of his past and all that came with it. He struggled in his mind. This disease had a literal death grip on him. But he was so brave and fearless he thought he could control his fate. He told himself he could do it just one last time before he completely straightened his life up. That decision proved to be fatal. He was no longer invincible or in control of his disease. This disease finally took him from us. Roger was a good man with a good heart. He made mistakes, but he truly tried to beat this. It had a grip on him so bad he couldn’t let go. He was not a bad person, he made bad choices. He lived the life he had known for so long. Conditioned to fail. What he lacked in will power, he made up in his love for his children and family. He was a huge part of all of our lives. And nothing will ever be the same.

A gathering of Mr. Dionne’s family and friends will begin at 1:00 p.m. with his funeral service to follow at 2:00 p.m., Wednesday, March 16, 2022, at Broussard’s, 1605 North Major Drive, Beaumont. His interment will follow at Rosedale Cemetery, Sour Lake. 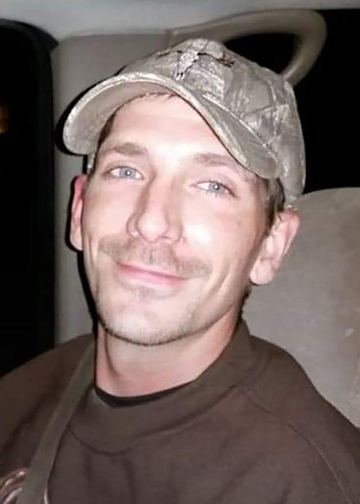 Lu, I am so sorry to read about your son’s passing. I remember him and his twin sister playing Little League baseball with my son. May God give you and your family peace and comfort in the days ahead.

I am so very sorry to see that Roger has passed away. I didn’t know him, but his Grandpa Bill and my Dad and Mom, were friends for many years. I will keep his family in my prayers👏👏❤️

We send our condolences to family, so sorry to hear about Roger, he was our neighbor in Baytown, he will be surely missed!He always had a smile on his face and he believed in Jesus Christ, he said many prayers for me!