Ronald “Ronnie” Charles Langlois, 82, of Winnie, passed away peacefully at home on September 24, 2022. He was born on June 2, 1940, in Long Beach, CA to Charles Hadley and Gladys Ogilvie Langlois. His father was a career Navy man, so they moved around a lot. The family finally settled in Port Arthur, TX where Ronnie graduated from Thomas Jefferson High School.

As a young man he spent a lot of time at Parker Air Service and a shop owned by Bill Adore. His love of airplanes led to a degree in Aviation Mechanics from Spartan College of Aeronautics & Technology in Tulsa, OK. After Spartan, Ronnie went to work at Liberty Air Service, then to Farm Air Services in Nome, Tx.

In 1969, he bought Parker Air Service and operated it in Orange, Tx. At Brown Airport. A year later, he merged with Jenkins Aerial in Winnie for the next six years. In 1975, he started Gulf Aero, Inc. with partner Bob Clay. When Bob passed away, he became the sole owner. He operated at Winnie Airport until 2009, when he moved his shop to his residence and became a propeller shop.

In his spare time, Ronnie had a love for classic cars, motorcycles and classic rock music. He also loved spending time with close friends and family.

Ronnie is preceded in death by his parents and his sister, Carol Coe.

Ronnie also leaves behind lots of longtime friends and business associates such as RSW from Houston and Covington Aircraft in Tulsa, OK.

The family would also like to give a very special thanks to Sonya, Josh and Sam from Riceland Hospice. 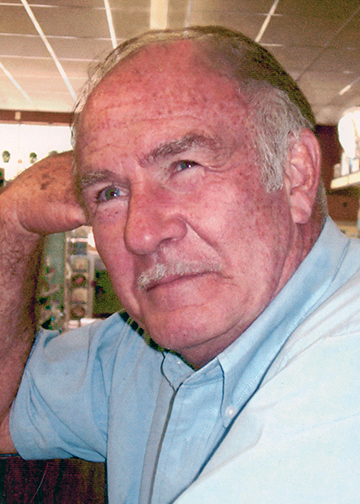 I am the grand daughter of the owner of the shop you said Ronnie spent a lot of time at – his name was Bill Dorr – not Bill Adore – but that’s ok – it’s been over 50 years. I remember Ronnie very well. Went to his and Barbara’s wedding. I remember it amazed me so much that they had to wait about a year in order to get married because they had to have permission from the Pope and it took a long time. I was a sophomore or junior in high school at the time. Then Daddy and Ronnie bought Parker Services in ’69 when I was a senior. Ronnie bought Daddy out after my mother died in January 1970. When my mother died, Daddy wasn’t fit to do any kind of work for many years. I know my grandfather, Bill Dorr, thought a great deal about Ronnie – he loved him. He, Ronnie and Mr. Parker, along with a few others like Doc and the airport manager used to sit at the cafe at the airport a lot and drink coffee and talk. And my father had a great deal of respect and love for Ronnie too. My grandfather died in 1987 and my father died in 2015. I still live in our house but the shop is gone – hurricane Rita got it and it was torn down. I finally sold it to a young couple and they have built a nice house on it. Please read this comment to Barbara and tell her I have thought of them both many times over the years. I was the oldest daughter. Have two sisters, Lisa and Lori. I know Barbara remembers us. Ronnie was a good man with a lot of integrity and I send you my condolences and will pray for your peace and comfort. I am fixing to be 70 in a few more weeks. Lisa is 69 and Lori is 62. I am also a good friend of Stacie Graham’s.

Thought and prayers are with you, children and grandchildren. May God grant you strength, grace and peace.

So sorry for your loss. I know how hard this is. May God give you peace and comfort. My thoughts and prayers are with you all! Love, Theresa Frugia

Barbara we will share these Sept dates from now on. 9/22 My son Marlon went to Heaven. Then the /24 was my 80 birthday. Now on 9/30 both of us will send or loved ones to Heaven. I tried to call you before these dates but couldn’t find your #. Sending my love and prayers to you and your family.

Barbara, Stacie, Christy…please know that my heart is with y’all. I have great memories of your entire family growing up. Ronnie was one of the good ones…I know this because Bob Clay did NOT suffer fools and he had the highest opinion of Ronnie. I hope y’all find some solace in the fact that he was so loved!

I am so sorry to hear of Mr Ronnie’s passing. Eternal rest grant onto him oh Lord and let the perpetual light shine upon him and may all the souls of the faithful departed Rest In Peace. Blessed Mother Mary wrap this family in your loving arms and give them peace

Barbara, we are saddened to learn of Ronnie’s death. He was surely one of the nicest persons we’ve had the honor of knowing. So sorry for your loss.

One of kind gonna miss him as a great aircraft Mech and friend,rest easy Ronnie.

So sorry for your loss !! It was a pleasure knowing Ronnie !! He will be missed !

Mrs Langlois, Stacie, Christy, and family. We are sorry for your loss. Mr Langlois was such a kind man who loved his family dearly. May the Lord comfort you and give you Peace. Love Mark and Jane Carter and family.

Barbara, I am sorry to hear of Ronnie’s passing. He was a very nice and sweet man. You and your family are in my thoughts and prayers.

Christi and Stacie and Mrs. Barbara I am so sorry about y’all lost . Y’all are in my prayers and thoughts.

Our thoughts and prayers are with your family.

Barbara I am so sorry for your loss. My sincere condolences to you and your family.

Our thoughts and prayers are with you in your time of sorrow. Love, Suzie and Kenny Ortego

A wonderful man who loved his family and life.