Ronald “Ronnie” Steve Washburn, 67, of Brookeland, formerly of Fannett, went to be with the Lord on February 22, 2020. He was born on January 23, 1953 to Lester and Anne Washburn. Ronnie was a native of Groves, Texas and a 1972 graduate of Port Neches-Groves High School. He attended St. Mary Catholic Church for thirty-five years where he served as an usher. Ronnie was a proud lifetime member of the Labelle-Fannett Volunteer Fire Department. He retired from Valero Refinery in Port Arthur with forty years of service as a Boilermaker.

Ronnie was a loving husband and a very devoted, involved father and PaPaw. He was a man of few words who ALWAYS had a huge SMILE on his face. Ronnie was such a hard worker and was always building or fixing something. His family called him Mr. Fix It. Ronnie had a servant heart, always willing to jump in and help others out. He loved to watch and cheer on the Dallas Cowboys, the Houston Astros and the UT Longhorns. The highlight of his life was when he became a PaPaw. He absolutely adored his grandchildren and taught them so much while making tons of precious memories.

Ronnie is survived by his loving wife of forty-five years, Becky Ledoux Washburn; and son, Troy Washburn and wife, Kim, all of Brookeland; daughter, Terica Breaux and husband, Ryan, of Fannett; brother, Eugene Washburn and wife, Patsy, of Nederland; four grandchildren, Kailey and Konnor Washburn, of Brookeland, Rylan and Tyley Breaux, of Fannett; his fur baby, Heidi; and numerous friends and family.

He is preceded in death by his parents; and sister, Billie JoAnn Washburn.

Memorial contributions may be made to The University of Texas MD Anderson Cancer Center, P.O. Box 4486, Houston, Texas 77210-4486. 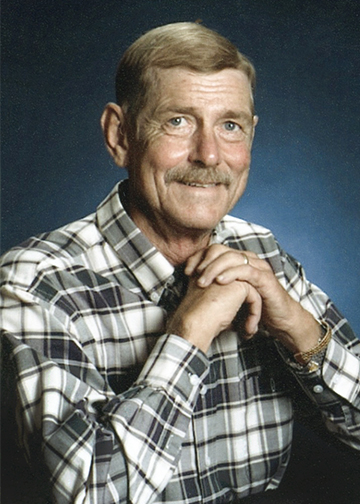 Ronnie will SORELY BE MISSED. God Bless ya'll in these very sad times. We love you all!!

Ronnie was a good friend and co-worker at Speir's in Groves. I remember Ronnie and Craig having a home in Groves that was always a gathering place for us all. My prayers are with the family.

Ronnie was such a sweet and kind man. He will be missed by all. Rest in peace

Keeping you all close in prayer. So extremely sorry for your loss...

Becky and family Clyde and I are so sorry for your loss of Ronnie. He was a good man. God Bless you all.

Becky & Family, I'm so sorry. Prayers are with you! Love, Anita

Sending our love, support, and many prayers for all your loved ones!!! Elise, Rebecca, And Jay Rogers