Ronald Dean “R.D.” Schroeder was called home by our Lord on Monday, May 17, 2021, in Houston, Texas. On March 5, 1948, R.D was born the second son to F.W. “Boots” and Jean Schroeder. He graduated from Forrest Park High School in 1966 and attended Blinn College and joined the Texas Army National Guard. He was currently serving as the Chairman of the Board of Trustees of the China United Methodist Church and an active member of the Beaumont Fire and Rescue Retirees.

R.D. was a real-life hero, a family man, a cowboy, and a gatherer of friends from coast to coast.

R.D. was proud to be raised in an era where daily life was helping the family. He cherished memories and told frequent stories of being loaned out with his brother Bill to any Uncle in need of help in the hay fields, rice farms, horse barns, and cattle pastures. He believed it was this way of life, and these men, Icky, Johnny, Sugum, and Marvin Schroeder, together with his father, Boots, instilled the values that made him the man he was.

R.D. was at heart a real cowboy who began his passion for livestock and rodeo early in life with his brothers and cousins. He served in leadership roles and won many 4-H and FFA championships showing cattle and continued that tradition with all his children, grandson Austin, and many nieces and nephews.

R.D.’’s love of horses in his young life led him to compete in horse shows and rodeos in multiple events, including calf roping, reining, and team roping, but as most Schroeder boys did, he loved to ride bulls. He would follow that passion to the end of his life, owning and raising bucking bulls. Together with his wife, Leigh Ann served as the Publisher and editor of The Short Round, the official magazine of Championship Bull Riding.

In 1968 R.D. married Kay M. Gibbs. In 1971, the same year their first child Scott was born, R.D. closed the gate on his rodeo and horse career and joined a second brotherhood and began his 27-year storied career with the Beaumont Fire Department, where he retired with honors as Captain. In 1973 daughter Kristi was born, followed by Wendy in 1975.

Captain Schroeder was known to be fearless under fire, a decisive leader, and remembered most for his amazing imagination as a problem solver, thus saving many lives.

He raised his children in China, Texas, where he is remembered for how he encouraged his children and coached many others in the Little Dribblers organization. He served as Chairman and on the Board for over ten years. He pressed his kids in their young pursuit of 4-H, basketball, volleyball, football, and track but most important to him, their education. Scott would follow his Dad to Blinn and graduated from Texas A & M with a double degree in Poultry and Animal Science and is a manager with Tyson Foods, Inc. Kristi graduated from Texas A & M with an accounting degree and is currently the Chief Financial Officer of the Texas State Police Association. Wendy graduated from Lamar in Kinesiology and followed her father in his passion for coaching, and currently teaches at Anahuac Middle School.

In competition and life as a father, R.D. was always their number one fan…encouraging them to run a little faster, try a little harder, and never quit.

R.D. Schroeder is remembered as a dedicated father, a first responder, an extraordinary friend, a trusted husband, son, and brother. Still, the role he adored was trail boss of the adventures he created as a proud father and grandfather. Once while babysitting at Scott’s house, he built a vegetable stand for Cheani and Skylar as Scott arrived home to his garden “for sale.” When he and Leigh Ann moved back to China, R.D. and Karl Kibeaudeax rebuilt an old barn, and they raised turkeys for Austin to show in local livestock fairs. At Christmas, Abby and Umpa made and distributed reindeer food to the family and enjoyed making things in the shop. He once drove to Austin at Kristi’s request to pull his grandson Ryan’s tooth, old school – with a string.

R.D. was exceptionally proud of the family tradition of breeding and raising livestock. After retirement, he moved to what he referred to as The Schroeder Ranch North Division in Gainesville, Texas, to assist his younger brother Robbie who owned and operated one of the premier quarter horse ranches in the country. R.D. was affectionally known as Robbie’s entertainment director/road Manager for ten years, where together they coined the phrase “Central Schroeder Time.” Many of his late-night storytelling of that era will live on with his nephew Ryan and in the alleys of horse barns across the country.

In 2001 he met Leigh Ann at a horse show, and they were married on December 13, 2003 where they would begin their life’s journey with horses, rodeo, and bull riding as their bond. They bought land and established their home adjacent to Robbie’s Ranch, where he was also raising and hiding professional bucking bulls. Going back to his roots, R.D. began hauling these bulls for Robbie and Roy Carter, and from the back seat of the truck, Leigh Ann used her public relations skills to work in the bucking bull world. They had found an early version of heaven.

In 2008, they began traveling the country with Tuff Hedeman at the helm of the bull riding organizations. It will be difficult to envision a Tuff Hedeman Bull Riding event without R.D. Schroeder behind the bucking chutes. His love for travel and adventure was strong, but his love for home and family never diminished. He often expressed his gratitude and love for being an American, Texan, and Aggie.

R.D. gave with his heart…he was present in people’s lives and the first to stop by to check on you. He was the kind of man who was just as comfortable in his backyard as he was in the VIP rooms with icons and rodeo royalty.

R.D. Schroeder stood for what was right, defended his beliefs, and cared deeply about his friends, his country, his beloved Texas, and above all, his family.

As a family and a community, we have lost an honorable man. A true friend to all. May his kind, Christian, and humble spirit continue in each of us. 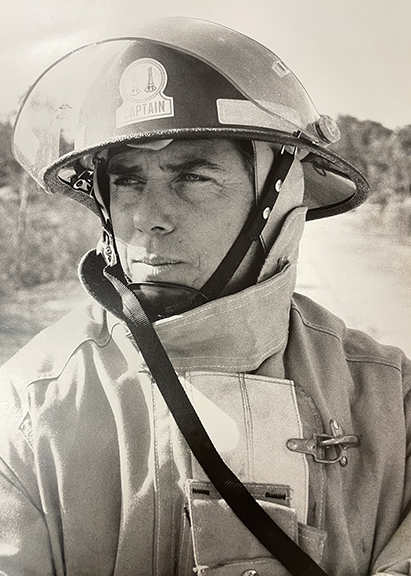 May GOD bless yall at this time. I knew all Uncle Boot's family all my life. I am soooooo sorry for yalls loss. Ronnie Dean was a really good person. He will surely be missed by all. I will keep all yall in my prayers.

RD was a great friend of mine all my life. You were always there to help with anything I ever needed. It sure won’t be the same with out you friend! Our heartfelt condolences go out to you Leigh Ann,, Kristi, Scott, Wendy and all the grandkids and newest little great! He sure did love y’all and we know how much you will miss him. We will be thinking of you during this time of sorrow and will be reminiscing of the great times we remember with RD. Love, Karl And Wendy Kibodeaux

RD was always fun to be with on adventures and growing up together. He will be missed by many friends. Sorry for all of the Schroeder family

I remember Ronnie from high school and saw him at several reunions. Great guy!! So sorry to hear he has passed away. RIP Ronnie. Prayers of peace to the family.

Another Great Schroeder COWBOY leaves us here on earth! Ronnie will stay in my heart and memory for ever . Our Prayers are with the Schroeder family!

So sorry to hear about Ronnie. We worked together in the fire department for many years. Praying for the family

We all met to celebrate Scott and Lynette’s wedding a quickly felt part of the family . Added 2 precious granddaughter to our family and don’t plan on letting them go. Leigh Anne , Thanks for sharing RD and the girls . Scott can’t go away either he is stuck wit us and thanks for welcoming Lynette as you have. Lov and prayers to all. Love Val and Joy

Our deepest condolences to all of the Schroeders. Ronnie always met you with a smile as big as Texas and will truly be missed by all who knew him.

Prayers and thoughts to all the Schroeder family. Many wonderful memories.

My condolences and prayers are with Ronnie’s family. I am very sorry for your loss.

May GOD Bless all of you during this time of sorrow. All of the family will be in my thoughts and prayers.

Ronnie was a great guy and will be missed by those that called him a friend. The Beaumont Fire Department was always represented well by Ronnie and he wore his uniform proudly. Those that knew Ronnie understood that he excelled in a variety of efforts that gave back to the community. Our thoughts, prayers, condolences are with the family and we are truly sorry for your loss.